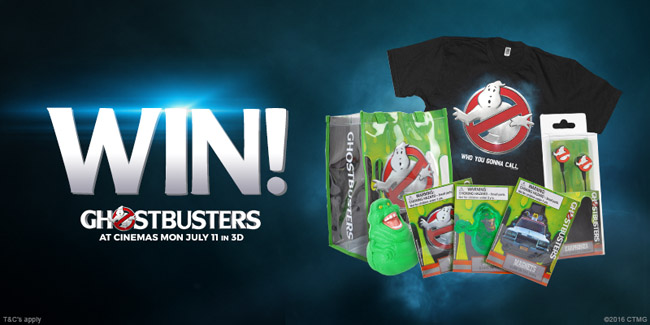 To celebrate the release of Ghostbusters on Monday the 11th of July we have 5 awesome prize bundles to give away to our readers.

Ghostbusters makes its long-awaited return, rebooted with a cast of hilarious new characters. Thirty years after the beloved original franchise took the world by storm, director Paul Feig brings his fresh take to the supernatural comedy, joined by some of the funniest actors working today – Melissa McCarthy, Kristen Wiig, Kate McKinnon, Leslie Jones, and Chris Hemsworth. This summer, they’re here to save the world! Simple tell us who directed the film.

Email your answer along with your name and address to comps@flavourmag.co.uk and make sure to add ‘Ghostbusters Competition’ to the subject line. Winners will be chosen at random on July 22nd 2016. GOOD LUCK!