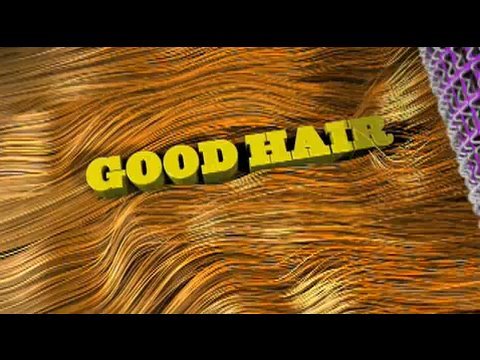 To celebrate the release of GOOD HAIR which releases on DVD 27th September 2010, we are offering readers the chance to win three copies of the DVD.

To win yourself a DVD, simply write “FLIP IT” in the comment box below, or send a video comment of your hair flip!

Written, produced and narrated by the world’s biggest comedian Chris Rock (Madagascar, The Longest Yard) and winner of the Special Jury Prize at the Sundance Film Festival 2009, GOOD HAIR is released on DVD by Icon Home Entertainment  on 27 September 2010.

Prompted by his five-year-old daughter, Chris Rock is tasked with figuring out how to respond to her question; “Daddy, how come I don’t have good hair?” Doing what he does best, Rock uses his sharp comedic wit to delve into the $9 billion Afro-American hair industry and uncover the extent many black women go to for the perfect hairstyle. Joined by director Jeff Stilson (Ali G in the U.S.Aiii) Rock’s hilarious adventure takes an informative look at the definition of good hair and exposes how this booming business impacts the activities, bank accounts, sexual relationships and self-esteem amongst members of the black community.