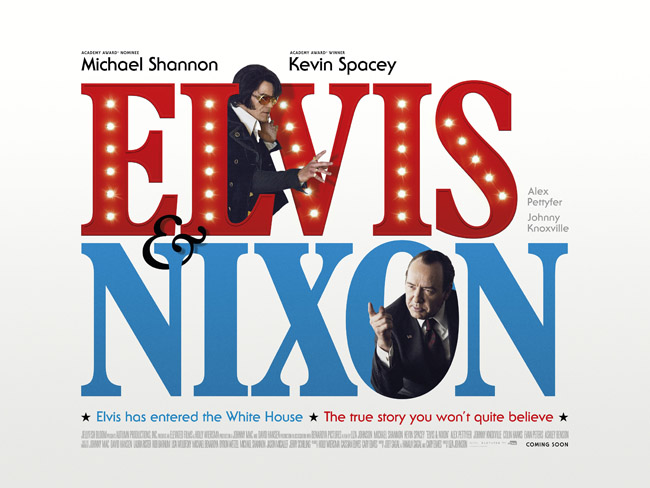 To celebrate the release of Elvis & Nixon in cinemas on June 24th we have teamed up with Entertainment One to give our readers the chance to win one of 5 sweeeeet merchandise prize bundles from the film.

On a December morning in 1970, the King of Rock ’n’ Roll showed up on the lawn of the White House to request a meeting with the most powerful man in the world, President Richard Nixon. Starring Academy Award-nominee Michael Shannon as Presley and two-time Academy Award-winner Kevin Spacey as Nixon, Elvis & Nixon tells the untold story behind this revealing yet humorous moment in the Oval Office forever immortalized in the most requested photograph in the US National Archives.

To win one of 5 awesome merchandise prize bundles which consist of; Simply tell us who starred in Magic Mike?

Email your answer along with your name and address to comps@flavourmag.co.uk and make sure to add ‘Elvis & Nixon Competition’ to the subject line. Winners will be chosen at random on July 11th 2016. GOOD LUCK!