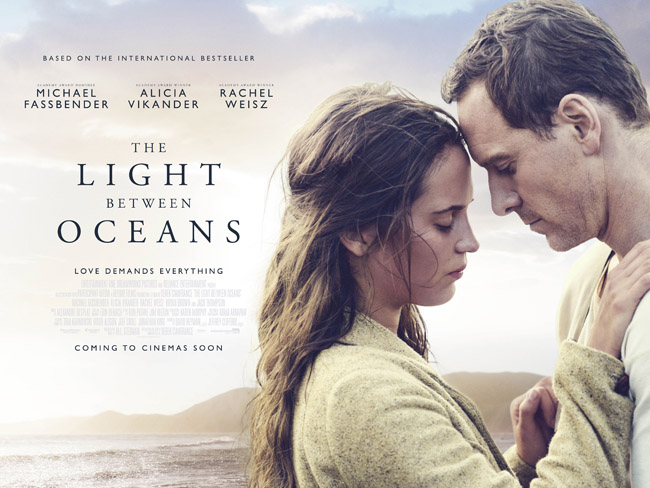 Entertainment One (eOne) is pleased to announce that the stunningly romantic The Light Between Oceans releases on DVD and Blu-ray from 13 March 2017 – available to pre-order now from Amazon – and will be available digitally from 27 February 2017. To celebrate its release, we have 3 x DVD copies to giveaway!

Based on the bestselling novel by M.L. Stedman and from acclaimed director Derek Cianfrance (The Place Beyond The Pines), The Light Between Oceans is a beautiful and heart-breaking reminder of the infinite power of love and the lengths that we’ll go to in order to protect it.

When lighthouse keeper Tom Sherbourne (Michael Fassbender – 12 Years A Slave) and his adored wife Isabel (Alicia Vikander – The Danish Girl) discover a baby adrift in a boat off the remote coast of Western Australia they assume the worse. Determined to give her a happy life full of love they choose to raise the child as their own but it’s not until years later that the shattering consequences of their decision will change their lives forever.

What film did Alicia Vikander win the Academy Award for Best actress in? The Light Between Oceans will be available on DVD and Blu-ray from 13 March 2017 and digitally from 27 February 2017.