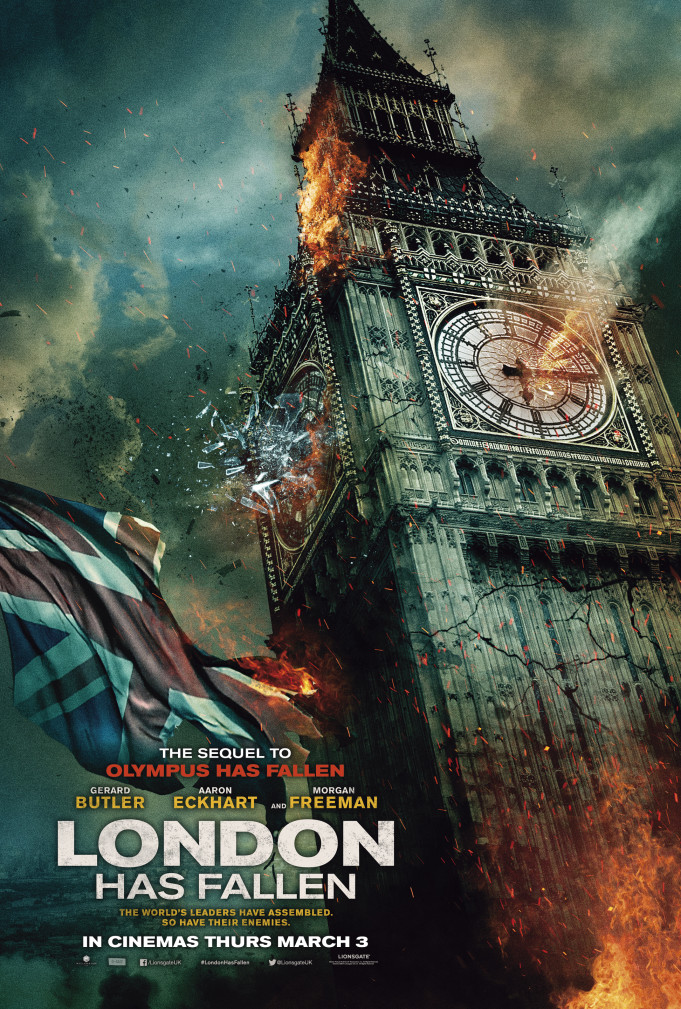 To coincide with the release of LONDON HAS FALLEN starring Gerard Butler, Morgan Freeman, Aaron Eckhart, Charlotte Riley, and Angela Bassett, we are giving you the chance to get your hands on an exciting survival pack, with goodies including binoculars, USB, t-shirt, barrel bag, beanie hat and a carabiner torch inside.

The sequel to the worldwide smash-hit Olympus Has Fallen begins in London, where the British Prime Minister has passed away under mysterious circumstances. His funeral is a must-attend event for leaders of the western world. But what starts out as the most protected event on earth, turns into a deadly plot to kill the world’s most powerful leaders, devastate every known landmark in the British capital, and unleash a terrifying vision of the future.

Only three people have any hope of stopping it: the President of the United States, his formidable secret service head (Gerard Butler), and an English MI-6 agent who rightly trusts no one.

We have an epic bundle of LONDON HAS FALLEN merchandise to give away to THREE (3) lucky readers. To enter this great competition, simply watch the trailer and answer the question below.

Following the attack, which of the five world leaders is left unaccounted for?

To win one of these amazing prize bundles simply email your answer with your name and address to comps@flavourmag.co.uk. Be sure to write “London Has Fallen Competition” in the subject header. Winners will be chosen at Random on 30th of March 2016. Good Luck!