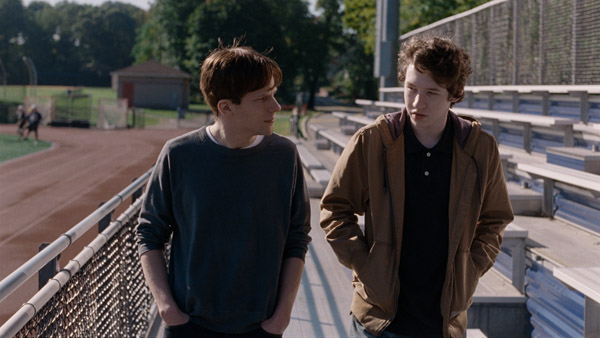 With the release of Louder Than Bombs, starring Jesse Eisenberg, Isabelle Huppert, Gabriel Byrne and Devin Druid out on DVD and Blu-ray on 15 August 2016 we are giving you the chance to win a copy of the film on DVD.

The sophomore feature from award-winning Norwegian filmmaker Joachim Trier (OSLO, AUGUST 31ST (2011)), LOUDER THAN BOMBS is a compelling ensemble drama that marks the English-language debut from a burgeoning talent.

Three years after her untimely death, an upcoming exhibition celebrating famed war photographer Isabelle Reed (remarkably played by Isabelle Huppert) brings her eldest son Jonah (Eisenberg) back to the family home, forcing him to spend more time with his father Gene (Byrne) and withdrawn younger brother Conrad (Druid) than he has in years. With the three of them under the same roof, Gene tries desperately to connect with his two sons, but they struggle to reconcile their feelings about the woman they remember so differently.

Featuring stunning performances from each of the three leads, with impressive support from Druid – in a breakout role – Amy Smart and David Strathairn, LOUDER THAN BOMBS is a thoughtful, engaging and ultimately uplifting examination of grief, loss and fraught family ties. To win a copy of the DVD simply email your name and address to comps@flavourmag.co.uk and make sure to add ‘Louder Than Bombs Competition’ to the subject line. Winner will be chosen at random on August 22nd 2016. GOOD LUCK!