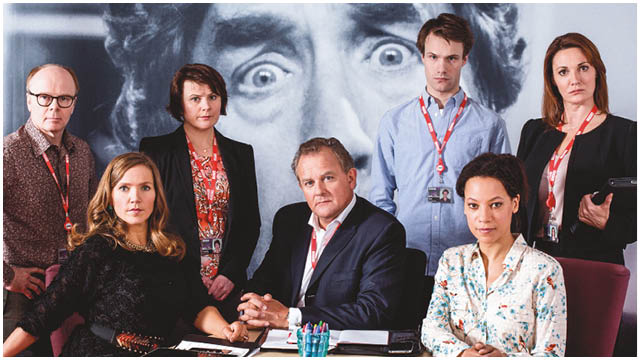 We’ve got two copies of the complete series of W1A to give away on DVD. This hilarious comedy series with have you laughing out loud and as well as cringing in your seat.

Don’t believe us? Check out the trailer below

And don’t even get us start on the work experience dude named Will Humphries. LOL. It’s just too funny. Yay!

When was the last time that we as a nation organised something that wasn’t a complete disaster? Answer: The Twenty Twelve London Olympic Games.  Conclusion: Let’s get that guy in to work for us, Hence the arrival of Ian Fletcher and the start of W1A.

Siobhan Sharpe returns with a brand mash-up to end all brand mash-ups after being tasked with giving the BBC coverage of Wimbledon a make-over following rumours of a bid from a rival broadcaster.  Intern Will Humphries security pass won’t let him into the building, but is it a technical problem or something more significant?

Meanwhile, over on the creative frontline, entertainment – format producer David Wilkes is trying to come up with the next big entertainment series after Britain’s Tastiest Village failed to fly.  He’s got the title – Up Town, Down Town – he just hasn’t got a show or a cast!

W1A the Complete Series 1 and 2 DVD release is available to pre-order now from www.bbcshop.com For your chance of winning simply email comps@flavourmag.co.uk with your full name and address and be sure to write WA1 in the subject header. Winners will be chosen at random on June 1st 2015. Good Luck!