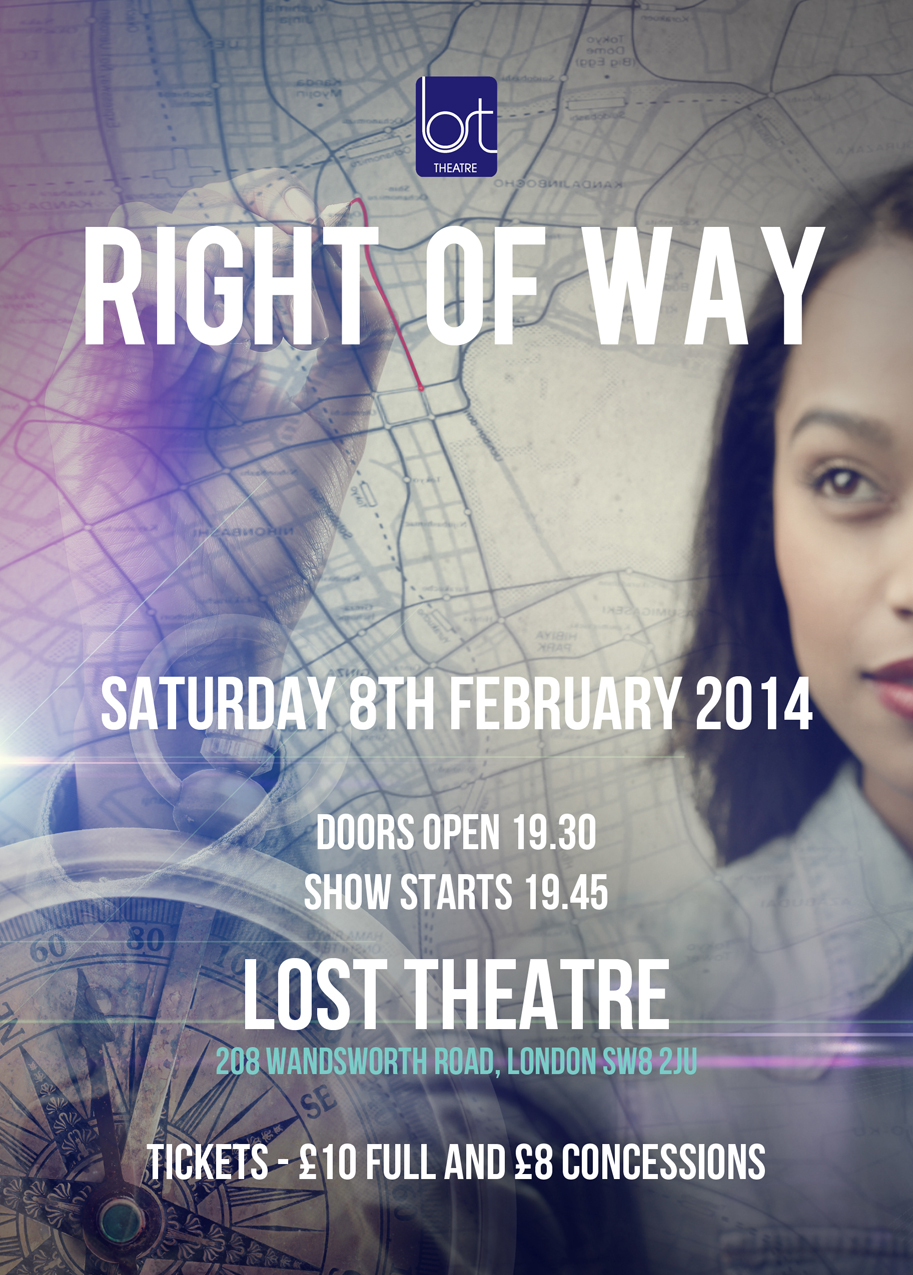 We have two pairs of tickets to giveaway to see and amazing new theatre production Right of Way, which premieres at The Lost Theatre on Saturday 8 February 2014.

Right Of Way is a contemporary theatre show which revisits the concept of morality on stage. The show is made up of a collection scenes and spoken word both, dramatic and comedic about the way people live their lives, the choices they make and the reasons behind them.

Unlike the ‘preachy’ style of the morality plays form the 15th century, in this show the audience have the liberty to decide for themselves if they believe what they see played out in front on them is right or wrong. Including extracts from some of the London’s most promising playwrights and spoken word artists.

To win two pairs of tickets all you have to do is answer the question below:

Which Century were Morality plays founded?

To be in with a chance to win, send your name, email and contact number to comps@flavourmag.co.uk and a winner will be chosen at random by February 5.