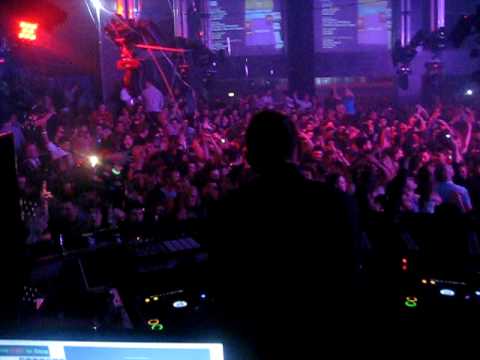 Flavour are giving away six tickets to a new year’s eve party not to miss with the hottest names in electronic music right now – Mark Ronson, Annie Mac, Sidney Samson, Hed Kandi and Jaymo and Andy George will be making their Gatecrasher Birmingham debut on the dawn of a new decade and the biggest night of the year! This super-stylish night at Gatecrasher Birmingham will rock Mansion to its core with a party atmosphere that is second to none. Expect sensational dancers and glittering performers alongside the deliciously divine Hed Kandi drag queens. Add to this jaw dropping show the inimitable Hed Kandi with classics all the way from top Kandi DJs all night long.

GATECRASHER will roll-out the red carpet for the News Years Eve extravaganza and is intent on blasting boundaries to reach phenomenal new heights in terms of production. Expect a thrilling combination of acrobatic artistry, extravagant design and exceptional sounds. The club has imported the world’s best CO2 Ice cannons, pyrotechnics, lights, lasers, video walls and sound system for a never to be forgotten night. Add to this Gatecrasher’s world renowned entertainment including theatrical performers, internationally renowned dancers performing on Gatecrasher 25ft high LED wall and aerialists suspended from flying rigs directly above the dance floor.

The result? A mind-blowing, mother of all dance parties. The staging, musical enhancement and visual effects will create an out of this world, full-on, adrenalin-fuelled atmosphere.

The MAIN ROOM
Having recently been honoured with a Q Magazine Award for Innovator in Music, super-producer Mark Ronson will headline the event. This show will be a culmination of a phenomenal year for Mark, who has recently enjoyed global chart success and critical acclaim with his Record Collection album. Ronson makes his Gatecrasher debut and promises a fiercely eclectic DJ set.

The biggest selling dance artist of 2010 Sidney Samson also makes his Gatecrasher debut. Samson’s #2 club banger “Riverside” sold close to a million copies in 2010 and became the dance anthem of the year. The gold-selling track, remained in the charts for some 5 months and was fully supported by David Guetta, Laidback Luke, Diplo, A-trak, Tiga and Boyz Noize just to mention a few and provided a springboard to Sampson’s now legendary DJing career.

Gatecrasher resident Oliver Lang also joins the party. His set is a culmination of a top year for the DJ, Producer and Label Owner. With tracks out on leading labels Toolroom, Spinnin & Blackhole, his continuing legendary residency with Bora Bora in Ibiza and two new residencies with Gatecrasher and Perverted Audio, dates all over the globe and for leading venues including Sankeys Manchester, Honey Club Brighton, Versuz Belgium,Matter London and Privilege Ibiza and the launch of his new label DOJO back in, Oliver has all the boxes well and truly ticked!

Completing this storming main room line up is Dave Thatcher. Thatcher is fast becoming one of the most respected and talented young DJs to break into the Midlands clubbing scene in recent years. His proven ability to rock any crowd and his reputation, has earned his a regular Gatecrasher slot. His remarkable knowledge and passion for house music have not gone unnoticed, setting him apart from his peers and earning him a dedicated following wherever he plays. With a full gig diary each month Dave’s career has been rocketing forward in 2010, with no sign of stopping into next year!

The MANSION
Mansion will be transformed into a super-sexy playground courtesy of glittering house pioneers Hed Kandi . This super-stylish night will rock Mansion to its core with a party atmosphere that is second to none. Expect sensational dancers and glittering performers alongside the deliciously divine Hed Kandi drag queens. Add to this jaw dropping show the inimitable Hed Kandi with classics all the way from top Kandi DJs all night long .

The ARCADE
Headlining Arcade are Radio 1 pioneers Jaymo and Andy George . Their previous remixes for Miike Snow, Passion Pit and Fenech-Soler have earned them an army of fans including Fake Blood, Annie Mac, Kissy Sell Out and Armand Van Helden. Jaymo and Andy’s huge success was born from cutting-edge night MODA now a massively influential name in dance music with a residency Wonderland in Ibiza and club nights across the UK. The brand has launched its own label, while the two DJs have secured a prestigious slot on Radio 1 broadcasting to millions worldwide. Expect everything from electro to indie via synth-pop from the force behind the Moda nights and label when they hit the Gatecrasher decks.

So if you want to party like never before on New Year’s Eve then and win this hot competition, simply answer this question:

What does the Gatecrasher logo depict?
a) Lion
b) Bird
c) Flower

Send your answer, along with your name and number to comps@flavourmag.co.uk. Winners will be chosen at random. Competition deadline is on 20th December.