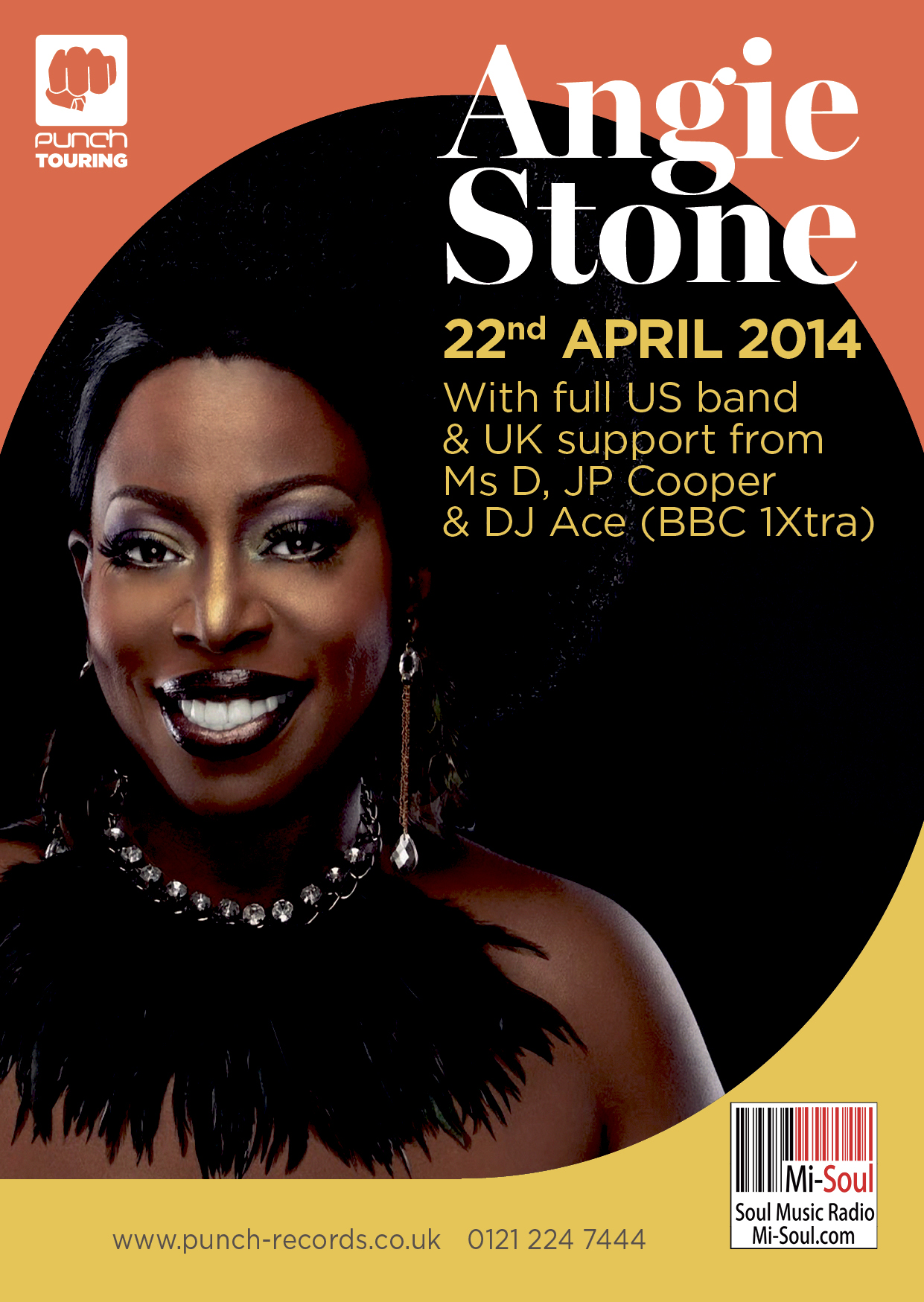 We have teamed up with Punch to give two readers the chance to win a pair of tickets to see neo-soul and R&B sensation Angie Stone as she performs live at The Shepherds Bush Empire on Tuesday 22nd April 2014.

The legendary songstress will embark on an amazing spring tour with a full live band. Long remembered for her early appearances in groups like “The Sequence”, “Vertical Hold” and her long standing solo career; Angie has become a leading light in Neo-Soul music.

With nominated Grammy Award nominated albums and a number of successful singles including: “Wish I Didn’t Miss You”, “Brother” and “No More Rain” she has become a well-respected artist within the Soul genre and has influenced many contemporary artists such as; Alicia Keys, Estelle, Bilal, Joss Stone and rising British singer/ songwriters Ms D and JP Cooper who will be supporting Angie Stone on this UK tour.

See the details below if you would like to book your tickets. These dates will sell out fast! Don’t say we didn’t warn you…

All you have to do to be in with a chance of winning is to fill out the form below. A winner will be chosen at random and notified by April 15. Good Luck!