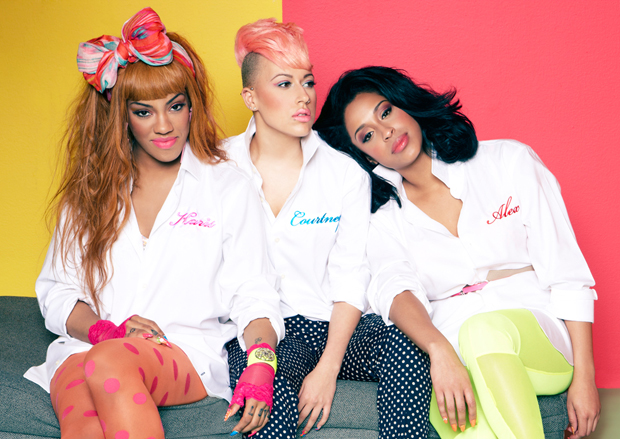 Firmly established as one of music’s hottest new artists and the biggest rising girl band Stooshe will be performing at The Library at Birmingham HMV Institute on February 26, 2013. We have two pairs of tickets to giveaway to see the all-girl pop trio live at their Midlands show. The London based group is comprised of Courtney Rumbold, Karis Anderson and Alexandra Buggs who ‘combine Salt & Pepa with Odd Future, En Vogue with Jay-Z and TLC with The Supremes’ in their music, personalities and style. Their releases include the singles ‘Waterfalls’, ‘Black Heart’ and ‘Love Me’ and will all feature on Stooshe’s eagerly anticipated self-titled debut album which will be released Spring 2013.

To be in with a chance of winning a pair of tickets please answer the following question.

Please send your answer to comps@flavourmag.co.uk along with your name and address and be sure to write Stooshe in the subject header. Good Luck!  This competition closes on February 21st, 2013.


Stooshe
The Library at Birmingham HMV Institute, February 26
Visit the following website to purchase tickets for the show – http://www.aeglive.co.uk/artists/stooshe