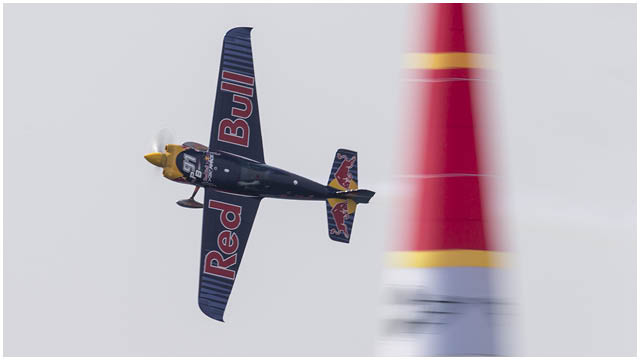 The fastest motorsport in the world, Red Bull Air Race, returns to Ascot, the world’s most famous racecourse on 15th – 16th August 2015, for the UK leg of the World Championship.

Now in its tenth year, the international series of races have become known globally as the fastest and most exhilarating motorsport series in the world. The race will see the pilots skilfully manoeuvring the fastest, most agile and lightweight racing planes around a predefined, low-level aerial racetrack of air-filled pylons (Air Gates) in the fastest time with the least number of penalties.

14 pilots are taking part in the Red Bull Air Race World Championships which includes Nigel Lamb from Oxford and British Airways Pilot Paul Bonhomme from Cambridge, both representing the UK. Last year saw Nigel Lamb take the title as the Red Bull Air Race World Champion and this year Paul is on route to take the title as he currently leads with 34 points.

Over 50,000 people descended on Ascot to watch the Air Race last year and this year it’s expected to be an even bigger spectacle, when the UK’s pilots return to their home country to compete for the Red Bull Air Race World Championships.

We’re giving you and 4 friends a chance to come to Ascot and witness the spectacle first hand on Sunday 16th August. You will be given access to the grandstand where you will have some of the best seats in the house, to enjoy the exciting atmosphere at this great event.

[Tweet “I really want to win tickets to the @Redbullairrace”]

Winners will be notified on the 10th August via Direct Message on twitter so be sure to follow @flavourmag. Good Luck!

For more info or to purchase tickets simply go to www.redbullairrace.com