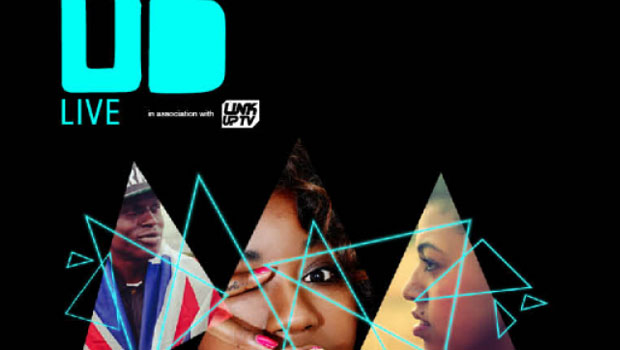 With the awesome success of last months UD Live, Urban Development are giving you and a friend the opportunity to win a pair of tickets to the show. Led by MckNasty and The Team with Misha B headlining she will be joined by Joe Black, Mahalia and Tom Prior.
We have five pairs of tickets to give away and to be in with a chance of winning, all you have to do is answer the following question:

Who was the surprise guest at last months UD Live?

Email your answer to comps@flavourmag.co.uk – the closing date is Friday 1st February 2013. Winners will be picked at random.

FEATURING MISHA B, MAHALIA, JOE BLACK AND TOM PRIOR
HOSTED BY MCKNASTY & THE TEAM

Unlike your standard live set, UD Live offers a truly unique take on the kind of urban club night we’ve come to expect. Combining some of the UK’s most exciting emerging artists with more established names, performers have the opportunity to rework their own material with East London’s finest house band, (fronted by DJ/ drummer supremo MckNasty) and deliver something completely unique.

Next month’s show promises to be a big one with rising UK superstar Misha B, newcomer Mahalia, rapper Joe Black and Tom Prior all joining MckNasty and his band onstage.

Fresh from supporting Nicki Minaj on tour around the UK, this is a rare opportunity to see Misha B in such an intimate setting.

Since appearing on the X Factor, series 8, this singer, songwriter and rapper has gone on to sign to Relentless Records and released two chart topping singles and a mixtape. Misha has been working with the likes of TMS (Little Mix, Professor Green), MNEK (KMS) and Naughty Boy (Emeli Sande) on her album, due out later this year.

Mahalia is hugely talented singer songwriter, with a deeply affecting voice, original songs and beautiful new music.  Able to compose and perform on guitar or piano, Mahalia writes songs which are honest, beautiful and full of character.

The story started with an East London school talent contest, which continued with live performances across the UK, with much more to come this summer when she will appear on the acoustic stage at a number of festivals to support her debut E.P. entitled ‘Growing Pains’ which will be self released on MahaliaMusic in July.

One of the UK’s most respected rappers, Joe Black has notched up a whopping 100,000 downloads of his four mixtapes. A UD favourite, Joe has also recently supported Rick Ross on tour and appeared at the BBC Radio1 Hackney Weekend.

Tom Prior is a singer-songwriter from North London, drawing influences from the likes of Coldplay, Plan B & Arctic Monkeys.  His recent collaboration on ‘I Ain’t Gonna Beg’ with Squeeks & MckNasty for Link Up TV has reached 20,000 YouTube hits in a month.

To catch all of these artists live on stage it’s just £5 on the door before 7pm, more thereafter or £3 with membership from www.urbandevelopment.co.uk/udlive

Tickets are also on sale now (subject to booking fee) and are available fromwww.livenation.co.uk or www.ticketmaster.co.uk

83 Rivington St, Shoreditch, London EC2A 3AY
This event is strictly 18+ and proof of ID will be required