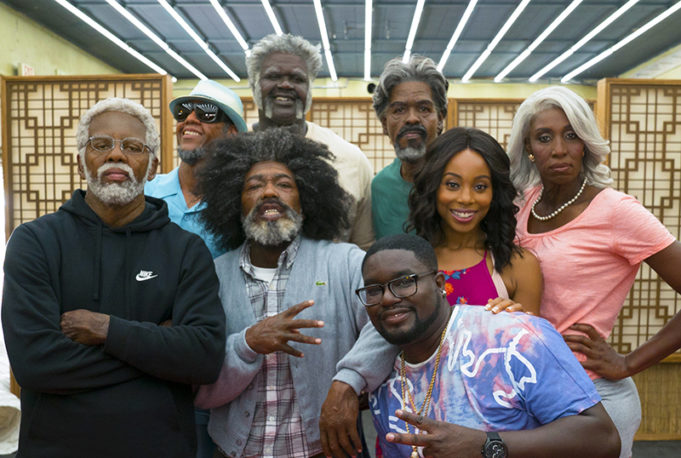 After Dax (Lil Rel Howery) loses his streetball team to his arch-rival (Nick Kroll), he’s desperate for a way to enter the upcoming tournament and win the cash prize. Dax stumbles upon the man, the myth, the legend Uncle Drew (Kyrie Irving), and draws up a crazy game plan to convince Drew and his old squad (Shaquille O’Neal, Chris Webber, Reggie Miller, Nate Robinson, and Lisa Leslie) to hit the court one more time and prove that septuagenarians can still win the big one! Buy Uncle Drew on DVD or Blur-ray from Amazon NOW

We’ve got 5 copies of Uncle Drew to giveaway on DVD. For your chance of grabbing a copy, simply email your full name and address to comps@flavourmag.co.uk and be sure to write ‘Uncle Drew’ in the subject header.

This competition closes on November 20th at midday. Good Luck!