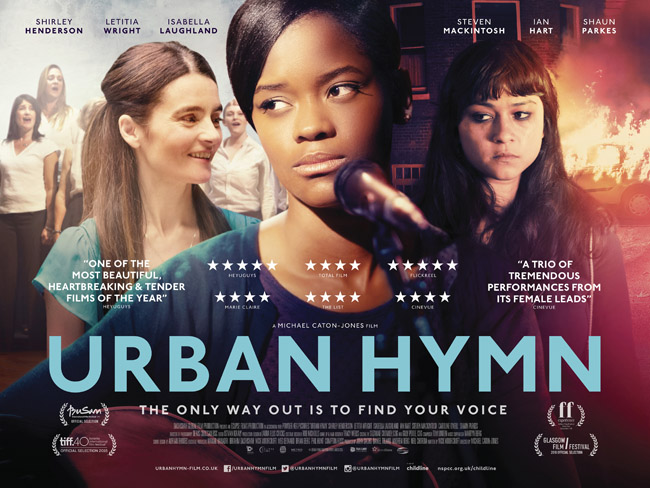 BULLDOG FILM DISTRIBUTION is pleased to announce that URBAN HYMN is coming to DVD and DIGITAL HD from 30th January 2017. To celebrate the release, we have 3 x DVDs up for grabs

Set against the backdrop of the 2011 British summer riots, Michael Caton–Jones’ URBAN HYMN is a redemptive coming-of-age story set in South-West London and follows a wayward teen, Jamie (Letitia Wright).  Encouraged by inspiring and unconventional care worker Kate (Shirley Henderson) to use singing as a release from her troubled life, Jamie’s loyalties soon become torn between Kate and her possessive and volatile best friend, Leanne (Isabella Laughland).

To be in with a chance of winning Urban Hymn on DVD email your name and address to comps@flavourmag.co.uk and make sure to add ‘Urban Hymn DVD Competition’ to the subject line. Winners will be chosen at random on February 10th, 2017. GOOD LUCK!