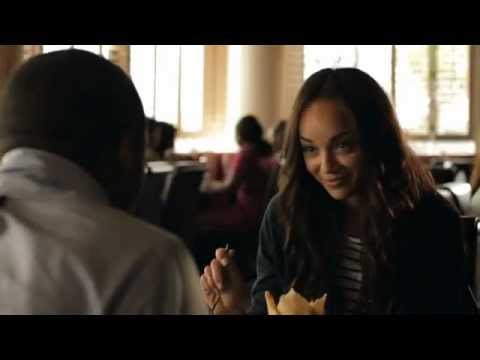 To mark the release of Victim on DVD and Blu-ray October 1st, we’ve been given six copies of the movie to give away on DVD. Tyson (Ashley Chin), Mannie (Jason Maza) and Jason (Michael Maris) are growing up together in a tough inner-city world where no one can be trusted and everyone is out for themselves.

With opportunities limited, crime is the only thing paying their bills. Using the girls; Charmaine (Shanika Warren-Markland), Davina (Anna Nightingale) and Yaren (Natasha Sparkes), as bait to lure in rich men, this is easy money and the group are living the high life. But for Tyson, it’s not about the lifestyle, it’s about supporting his little sister, Nyla (Letitia Wright), through school and paying off his mum’s gambling debts.

Desperate to escape this world of gang culture and violence, Tyson meets Tia (Ashley Madekwe), who helps him see there are other ways to escape the cycle of poverty. But once you’re in, it’s hard to get out and with a final job promising a big pay day, Tyson prepares to take his biggest gamble yet. Caught up in an escalating chain of violent events, will he have to make the ultimate sacrifice?

To be in with a chance to win a copy of this film answer the following question and email the answer along with your name and address to comps@flavourmag.co.uk