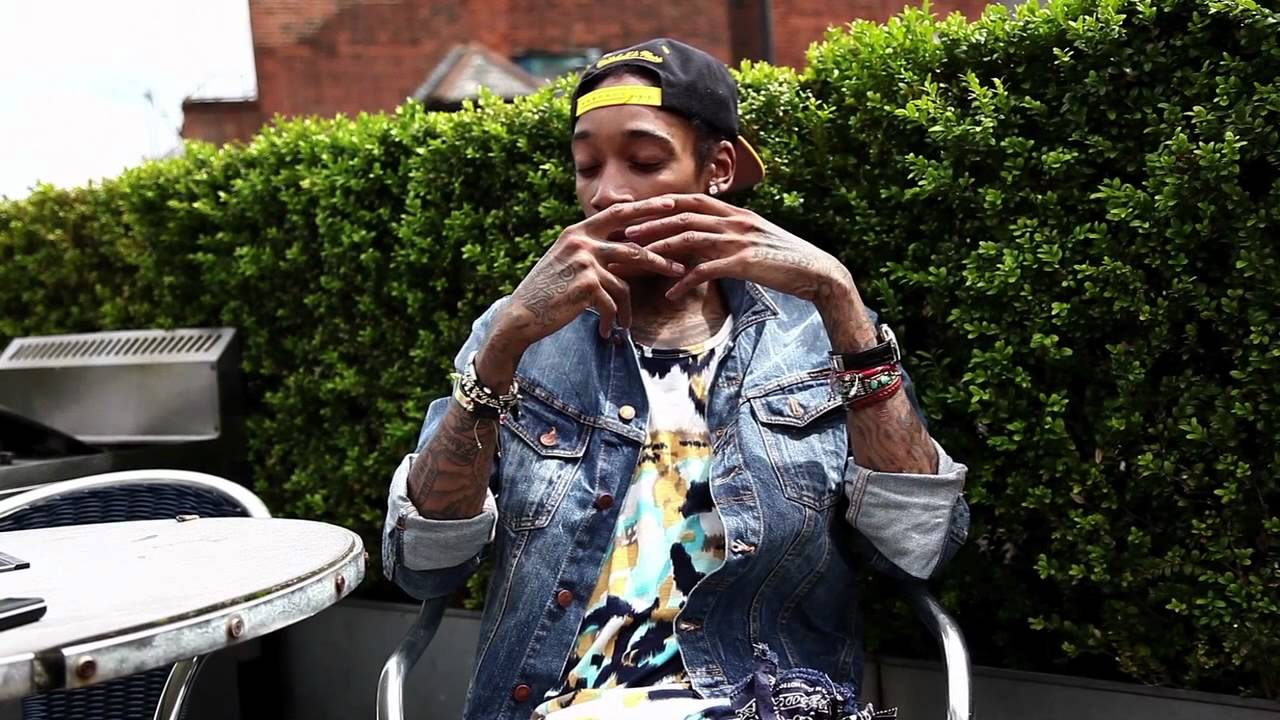 Flavour chats to Wiz Kahlifa about his engagement to model Amber Rose, how to go from a heavy underground buzz to mainstream success, and whether he can smoke Snoop Dogg under the table… What’s the most asked question you’ve been asked? And what don’t you like being asked?
Oh, shit [laughs]. The most popular question is: How many tattoos do I have? What I don’t like getting asked is how many tattoos I have.

Khalifa is Arabic for ‘successor’. If we apply that to your career, which rap greats influenced your style and paved the way for success?

Congrats on your engagement to the beautiful Amber Rose. How do you find time and what’s the most romantic thing you’ve done?

We see each other a lot, we just fly out. Whenever she gets time she just comes sees me. I do the same. It’s way easier for her to get up and go, because I’m usually on tour or doing a hard schedule. Whenever I have time I make sure I take a couple of hours and go check her out or spend the whole day just doing nothing with her. The most romantic thing is probably on our anniversary we went back to the place we had our first date and ate the same thing and sat in the same spot. It was pretty cute.

Your body is a mural in its own right. Any parts you won’t tattoo?

I’m stopping at my thighs. I’m not doing my feet neither anymore, that shit hurts. My back hurt too. I wasn’t able to finish the one on my foot.

You were signed at a young age. How much creative freedom did you have with your music? And how did being signed contribute to your development as an artist?

I always have a lot of creative freedom. Benjy [Grinberg, manager] always made sure I would listen to his or other people’s opinion and work with different people, but I was always able to express myself and get my thoughts fully out. He always trusted the fact I could write songs and come up with ideas; I could do all these things for myself that a lot of artists can’t. I was able to make my first couple albums, my mixtape, then I ended up doing Kush & Orange Juice, and when I dropped that a lot of people didn’t understand what I was doing. It went on to become my most famous mixtape. When I walk into a situation with all those things and you sign me with that, then to change that, you’d be losing who you sign. At the end of the day, I have to have the control.

It took years for your underground buzz to translate into mainstream success. What advice can you give to artists in a similar position?

“I feel I can go deeper. I’m being brave and not worrying about what’s the biggest hit”

Just to keep working and always have your own goals in mind. Don’t let anyone else’s expectations or what they think get in the way of that. As long as you’re satisfying your own goals and they’re achievable goals and real, then you’re doing straight.

As an international success, do you help up-and-coming artists? Anyone who deserves a mention?

All the people I feel obligated to help out are in my camp. I like a lot of people, but there’s a lot of things people have to go through on their own and that’s what makes an individual. What I would do for someone I really liked would be like, ‘Yo, we going to have to go through some shit, so go through it.’ You know what I mean? I think everybody has the potential to be something. It’s that period in between that breaks people.

You’re proud to be from Pittsburgh. Has it influenced your music?

So you’ve paved the way for other artists from Pittsburgh…

There was a way being paved and a lot of people had done it on a certain scale from Pittsburgh, and me taking it to that next level showed what the possibilities were. I feel there will be a lot of people who make a lot of impact from there.

You have collaborated with Tinie Tempah. Which other UK artists have caught your eye and why?

I’m getting put down to a lot of people. I’ve been hearing this guy
J Spades’ name a lot. So when you keep hearing someone’s name, that puts you in the mind frame like, yeah, this is probably that guy.

You’re in a new film with Snoop called Mac and Devin Go To High School – how much fun was it and can he smoke you under the table?

[Laughs] Nah, but it’s not a competition. Snoop’s my other G, he raised me right, and there will be no going under the table. It was really fun shooting the movie and I learnt a lot from Snoop, like professionalism, being on time, being a leader and having a lot of people take your direction and still being in that position where you’re learning. Snoop is the best at what he does and he knows how to hustle, how to go hard, how to bring the best out of people, and that’s what he did. I feel like he brought the best out of me.

Tell us about Taylor Gang Records, anything in the pipeline?

Yeah, we have a group album out this fall, right after my album comes out. I feel that will really make a difference in hip hop. Lola’s album is coming out and she’s got her mixtape; Chevy just dropped his mixtape Gangland, he’s working on his album and another instalment to that. Juicy J is working on his album Stay Trippy, he’s got his first single on there with Lil Wayne and 2 Chainz called ‘Bandz A Make Her Dance’. We just putting it down and staying consistent, always something going on and keeping it popping. The best way is to stay relevant to ourselves and in time, people will stay interested.

Your album is out in August – what can we expect and any features?

The album is going to be crazy and really consistent with my mixtape sound or my real core natural sound. Up to this point people have heard me make a lot of records that are formatted, just general. Now I’m in a position I feel I can go deeper, more personable and be more myself than ever. I’m being brave and putting songs I really love on this album and not worrying about what’s the biggest hit or the craziest feature or who I got to play guitar. It’s beats and hard-ass raps; a really good conceptual album.