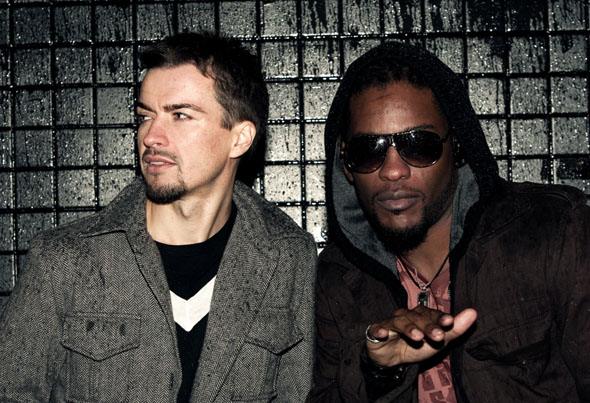 We got the chance to interview UK super artist/producer Wizzy Wow and to find out about the man behind the music. Wizzy is the genius behind many UK artists breakthrough over the past year, and he managed to find the time whilst he was on tour with Wretch 32 to sit down with iCandy to reveal all. Brace yourself as the North London hit maker tells all! Hi Wizzy, how are you this evening?

Yeah I’m alright, right now I’m In Aberdeen, on the Tour Bus. I’m out here with Wretch he’s supporting Example, so I’m just chilling brought my laptop with me looking for inspiration.

How are you finding the tour life?

It’s the best thing ever, you get to go to different cities, every city is different in their own way, get to party and see how people party and people react music inside the club so then I can go away and create those types of tracks.

So you’d say it’s one of the best parts about being an artists then?

So you’ve recently teamed up with Wretch 32 on the Take the stage advert for Adidas how important is it that two UK artists from North London are the face of our Olympic campaign?

To me it’s like, up to now it hasn’t hit home, I’m in such shock. It’s the biggest project I’ve done so far. Shout out to Adidas and Olympics for that.

Any freebies come out of it? Did you get any Adidas clothes, tickets to the Olympics?

I’ve been cool with Adidas, they look after me. They phone me every 2 weeks and let me know when new stuff is in.

You’ve worked with the likes of Wretch 32, Estelle, Tinie Tempah, Chipmunk… Artists who have really shone over the past year, any new UK artists you’re planning to work with?

Yeah Yeah there are a few, I’ve formed a team called Winners World. A lot of talented artists in that team, it’s all good working with no1 artists but I feel better to make an artist blow and break an artist! Hayley Cassidy, Nezanet, E&J, London Ivy, Shimmy Styles are the individuals I’m working with hardcore, I often send them material, I make sure they are working and sending me material all the time! It’s all good having talent but you’ve got to be hungry!

So would you say you’re a hungry artist? One that doesn’t get much sleep?

I’m a man with a mad drive, like last night it was 10am to 3am me and Wretch making a new track! He went to rest after but I carried on till 5am, I was on autopilot.

So at what age did you decide that you wanted to get into music and was there any other professions on your mind as a kid?

I didn’t think that I’d turn out to do music, my cousins and uncles always said I would though. When I was young my reaction to music my family always said I was made for music. I was also good at art, I loved drawing, and I thought I was going to be an artist. I still draw all the time though!

Did your parents approve?

My parents didn’t approve, when fruit loops got brought into my life, I didn’t do any homework kept my siblings up at night but I stuck to it. Went through College took a gap year after to work on music and thank God it paid off.

So which Producers are you a fan of, any inspire you?

DJ Khalil, I love his sound! He is definitely the main producer that I’m really feeling. I love the way he delays his drum, his use of guitarists his loyal writers everything he does is great. Alex da Kid is another one of my favourites. He has come from the UK and now he’s doing the BOBs theEminem’s the Nicki Minaj’s when I did my research about him I turned into a fan! Labrinth as well he’s got the whole electric future sound going on, I really feel that he’s got a long career ahead of him, he’s in the future already!

Now what would we find on Wizzy Wows Ipod?

I’m a big fan of RnB so I’d be listening to Kevin Cossom, a lot of Brandy I love me some Brandy, I’m a fan of Chris Brown also. Then Rick Ross, Old school Stillmatic Nas and a lot of Jay Z and Kanye as well.

Any artists you can’t stand?

Not really, everyone’s kinda good in their own way I just choose not to listen to some, I never hate.

Who would be on your dream track?

I’m going to have to have 5, Wretch on first verse, Chris Brown on chorus, Chip on the second verse, Jay Z on the third verse and Kanye on the 4th.

Taking you back to projects you’re working on, what should we be expecting from Wizzy Wow for the remainder of the year?

I’ve been working on a few projects, I’ve been speaking a lot with Tinie. Also me and Wretch have been working on his second album. Estelle has a new album coming so I’m going to fly over there and work with her. A few US artists which is a secret so I’m keeping quiet about that one… And I’ve been getting a lot of tweets for me to drop an EP so I’m going to do an instrumental EP that’s titled I am Wizzy Wow June July that will be available to download so watch out for that!

And finally what advice would you give to somebody trying to break onto the UK scene whether that would be through producing or being an artist?

Have that unstoppable engine, that engine that never breaks down. If there are obstacles jump over them, be able to take criticism constructively and surround yourself with positivity and everything else will fall into place.