10 years ago women in combat sports was almost known as an underground topic. The thought of women topping the UFC fight bill would have been laughable. But here we are in 2014. Ronda Rousey a name recognized globally for her deadly arm bars.

As in all things in life there’s always those who don’t agree with such sports being for women. But they have proved that they can display the spirit and skills to sell out shows.

There’s a range of combat sports out there for all to try. Boxing, Judo, Muay Thai, Wrestling, BJJ, Krav Maga, the list goes on!
Although from afar it may look like a very aggressive world to enter, you’d be pleasantly surprised to find the most humble of people in these gyms and there are plenty of classes out there to learn the technique without actually ever being hit! If you lead a stressful lifestyle then this might be the outlet you’re looking for.

If you quite like the idea of competing, look for an established gym. An ABA boxing club or a legitimate martial arts club. Beware of the ‘McDojos’ (cowboy clubs). As a newbie it can be very hard to tell the difference between the two, however google can help narrow the search down and you can always tweet me! (@rosiemcgowan1) I’ll always help recommend the best places to train! 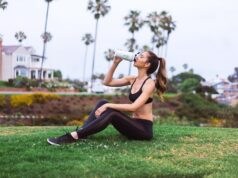