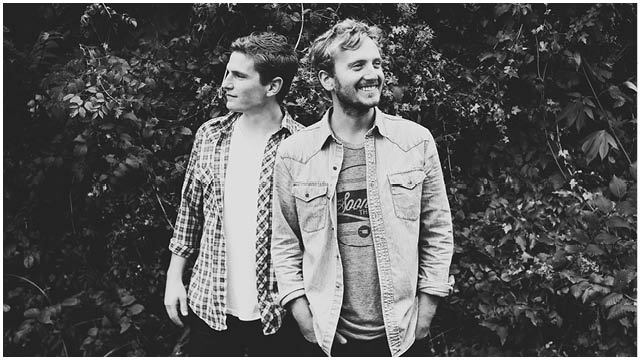 Today see’s the release of Indie rock duo Clemency and their new single ‘When I’m With You The Fireworks Go Off’.

‘When I’m With You The Fireworks Go Off’ is produced by Grammy nominated producer Brent Milligan and is an uplifting and cinematic new single from the band’s upcoming album ‘You’ve Got The Fire, that includes the US Top 10 Amazon hit ’My Heart Is The Eastern Horizon’.

Recorded in Nashville TN, the new LP is a significant step in right the direction for the two blue-blooded brothers Jason and Paul Watkins. ‘You’ve Got The Fire’ is a soaring piece of work that delivers on the band’s signature sound and individual skills as musicians. From the lead single ‘Runaways’ to the beauty of ‘Fireworks’, the album presents itself as a diverse and wonderfully eclectic selection of songs.

In anticipation for the album’s release, Clemency continues to push the creative envelope by creating a six video series for six singles taken from the record. The story narrates the romantic love that is born between a young man and woman that grows into something bigger than them. The band will release the first two parts of the series, which includes the video for the lead track ‘Runaways’. The story can be followed on the band’s Vevo channel on the weeks preceding the album’s official release.