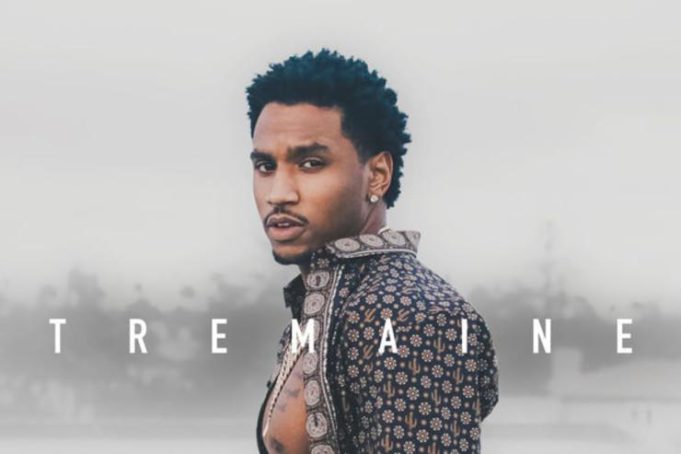 It’s been a steady few months since we last heard the baby making tone of our man Trey Songz who provided us with his most overtly sexual album, Trigga back in 2014, not to mention a stack of mixtapes thereafter. Trey’s seventh album, Tremaine has been made available for pre-order on iTunes revealing brand new artwork amid the process.

Drake’s gripe with Kanye “Publicly sh*tting” on him during Saint Pablo tour rant. On Feb 18 Drake sat down with DJ Semtex on OVO Sound Radio affirming his complete confusion regarding Kanye West’s on stage rant directed at the 30-year-old Canadian rapper.

“I went from working on a project with him to him sort of, like, publicly s–ting on me and DJ Khaled for being on the radio too much…” Drake admitted over the course of the interview.

During a show last November, West took shots at Drake, stating that despite their friendship Mr OVO had “set up” their song “for free” in an attempt that the radio would play it on multiple occasions. Not long after West was hospitalised due to extreme exhaustion due to stress. Drake appears mildly moved by empathy signing off – “I don’t respect it at all. Me and Khaled are both just, like, good people. I’m not really sure why we’re the target of your choice that you made that night. But again, I accept what you’re going through.” Clyde Stubblefield, the drummer for James Brown who composed one of the most widely sampled drum breaks ever (Funky Drummer, 1970), died on Saturday aged 73.

The musician had been suffering from kidney disease for a decade and had been hospitalised across a few days prior to his death. Stubblefield performed on several of Brown’s classics throughout the 60’s and 70’s as both a studio and performance drummer.

Rolling Stone Magazine confirmed the song has been sampled on well over one thousand tracks, most notably throughout the hip hop scene. Popular songs utilising the break include Public Enemy’s Fight the Power, Dr Dre’s Let Me Ride as well as Run DMC’s Run’s House.