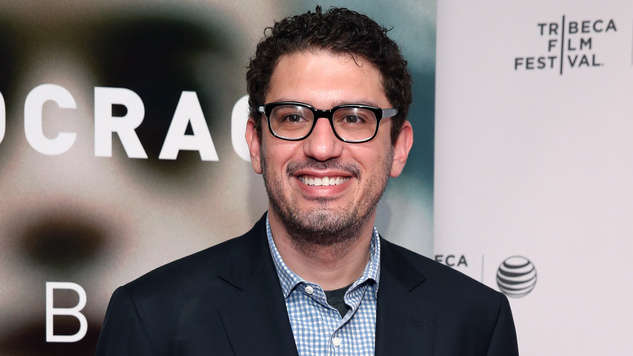 Sam Esmail is the writer and director of the new release Comet starring Justin Long and Emmy Rossum.  I caught up with him while he was shooting his next upcoming movie.

You’re a writer and director for Comet. Where did you get the idea to make this film?

I got the idea I wanted to do a heartbreak film, not with a typical happy ever after end. Everyone goes through heartbreak, there is a universal connection. I have gone through heartbreaks in my life and that inspired me to write this movie.

Did you pull any part of the storyline from your own personal experiences?

Of course real experiences ultimately bring inspiration that you can drawn on  from a major break up. The script was originally 5 long scenes, it read like a play. I worked on the script until it was more of a film. I put the script away and at the time I was in a relationship, we replay the time wars when you go through a break up, the good memories and the bad ones, you play it over and over like “Was there something I could of done better?” that’s my experience. Justin Long as Dell was the perfect casting, how did you get him on board?

Well I was sending out the script with a 2 page letter, I got Emmy to play the part of Kimberly but I still needed the male lead. To help finance the film, it takes months to get an actor let alone an agent to see the script. Emmy was really good friends with Justin, she texted him while we were speaking on the phone and asked if he would like to get involved. He said yes, she emailed him the script he loved it.

The visual effects to portray a parallel universe were extremely effective! I love the use of the soft tones. How long did it take to get this effect and did you encounter any problems?

The effects are always different because it can be used to cheat and make things look more realistic and using CGI whenever you want surrealism. The only thing is you can go too far or you can do a small amount and it still looks real. It took 7 months and a good chunk of our budget but it was needed for the film, at time it was like a separate character getting the surrounding right for the overall movie.

The humour is quite subtle, is this something you originally wanted?

I wanted a film with black humour. With love, it can have lots of word play and the dialog got scrutinized for the humour. I think it has a “His Girl Friday” feel to it. What is the best part of creating the movie?

Just being able to work with Justin and Emmy! Everything could fail, but the performance given showed the intimacy between both characters.

Did you get inspiration by any other films?

I got inspired by Woody Allen’s Sleeper. With the subtle humour and blunt deconstructing Harry I fell in love the small left around emotions.

In select cinemas now and on VoD July 13th.