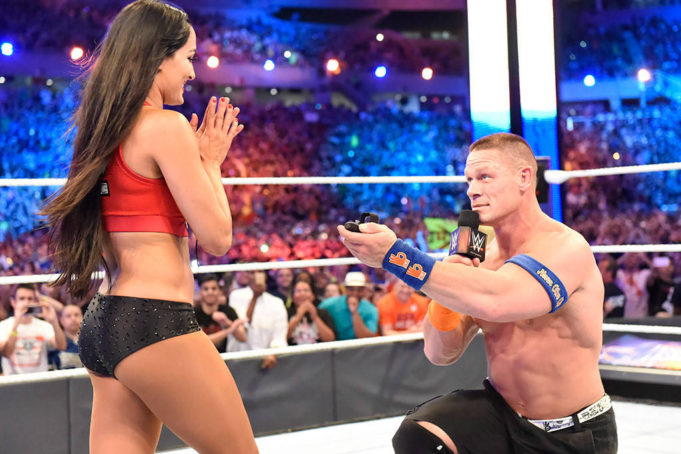 For pro wrestling fans, WrestleMania is the biggest night on the sports entertainment calendar. Flavourmag’s Scott Felstead was there to witness all the record-breaking action, including John Cena’s proposal to Nikki Bella, and the retirement of The Undertaker.

In addition to setting a new Orlando Citrus Bowl attendance record of 75,245 fans, which led to the highest-grossing event in the stadium’s history at $14.5 million, WrestleMania also broke records for sellouts, digital and social media engagement and merchandise sales.

As part of the weeklong WrestleMania celebration, WWE held an unprecedented five consecutive nights of sellouts with it’s supporting events including a Hall of Fame ceremony and a multi-day fan convention. Whilst the action inside the ring is often over the top, there is no playing around with the business of WWE. WrestleMania has become a global phenomenon that rivals the World Cup, or the Super Bowl in sheer scale.

WrestleMania 33 was the most social event in WWE history, according to Nielsen Social, with 5.19 million interactions on Facebook and Twitter during the broadcast alone. There were also 2.8 million tweets about WrestleMania throughout the day. It is easy to see why cities around the United States are clambering to host future WrestleMania’s, and with New Orleans set to do the honours next year, records could once again be body-slammed into submission.

All images courtesy of wwe