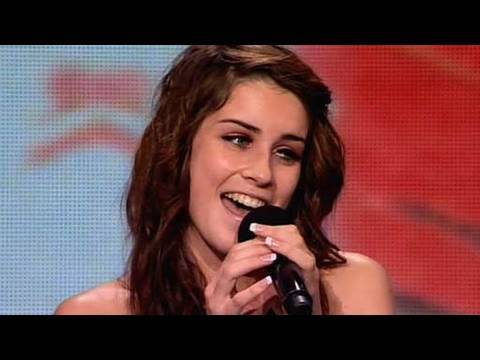 Each week Flavour journalist Dayalan Kulendran will guide you through the thrills and spills of the sixth series of ITV1 talent show The X-Factor.

As expected, the show kicked off with the usual assortment of no-hopers, including Tom Idelson, whose flamboyant rendition of Prince’s Kiss had Louis singing along and Simon displaying his now customary look of bewilderment. The judges hightailed it to Cardiff, at which point we were reminded that Wales was a hotbed of talent which has yet to produce an X-Factor winner. Simon explained that the unpredictability of Cardiff was why it was one of was of his favourite audition locations, saying that “it can go completely one way to the next, but that’s what I like about it.” The high-trousered one perhaps tempted fate with his admission – the first act from the Welsh capital, a three-piece group who went by the misleading name of “Too Gorgeous For Words” were, in a word, terrible.

The first act of the night to get through was full-time mother Ashanti Webbe who delivered a fairly average take on Rose Royce’s I’m Going Down but did enough to secure four Yes’s. Next to go through was rugby fan Daniel Williams, who sang The Beatles’ Let It Be and again received the approval of all four judges. The performance that followed was the most talked about of the night, from village-girl Lucie Jones, who ambitiously took on Whitney Houston’s powerhouse ballad I Will Always Love You. The 18-year-old student’s audition was outstanding, tempered only her by nerves, and the judges unanimously tipped her for success.

The good times didn’t last though – up next was Ian Elsey, who delivered a unique and vaguely distressing performance. (I’ve spent the last 20 minutes unsuccessfully attempting download Elsey’s Beef And Onion Crisps, Lonely Llama and Shepherd’s Pie ‘Til I Die – I need them in my life!) More “comic-relief” followed, until Lloyd Daniels took to the stage with Jason Mraz’s I’m Yours. The judges interrupted his shaky performance, asking him to instead perform an a capella. The 16-year-old obliged with a much-improved performance of If I Could Turn Back The Hands Of Time which impressed the judges and the watching crowd. On cue, triumphant background music (this time James Morrison’s You Give Me Something) started and he predictably scored four Yes’s.

The judges turned relationship counsellors next, reuniting estranged couple Combined Effort. The cynic in me would love to dismiss this as pre-planned theatrics, but Kirsty’s visible (and maybe it’s just me, but also kind of enjoyable) reluctance to take her man back would have been fairly difficult to fake.

The focus shifted back to London, and Jade Fubara, who confidently conquered And I’m Telling You – at only 17-years old, the self-taught sixth-former repped for the capital with a storming performance that left the judges smiling.

A couple of extremely strong female contenders emerged this week – Lucie Jones and Jade Fubara blessed the stage with exceptional auditions, both owning their respective notoriously difficult choices. And from the sublime to the ridiculous, until next week, I’ll leave you with French ex-pat Fouad Djaoublia’s sensational Mariah Carey medley. Enjoy.