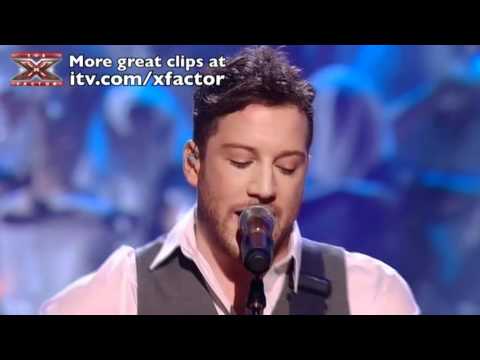 The X Factor final is here after 16 gruelling weeks of joy, tears, boo’s, and cheers, the highs, the lows, the laughter, and the jokes. This weekend literally everyone will be tuning in to watch The X Factor Final on Saturday followed by the long awaited crucial results show – as one hopeful acts is about to change their life forever. Last week, I have to be honest I feel Mary annihilated Cher during the sing off last week, but Cher is without a doubt more current and marketable, if you like. This Saturday the final showdown begins. I’ve made a bet that Cher will leave, leaving Rebecca, One Direction and Matt as the final three.  Immensely Tense. Let’s see what happens, as the remaining 4 have the chance to secure their public vote with their duet performances with top famous artists.

The theme of Ultimate Songs tonight, brings some amazing recording artists to the stage, Matt Cardle with Rihanna, Rebecca Ferguson with Christina Aguilera, One Direction with Robbie Williams and Cher Lloyd and Will.I.Am.

For the live hometown video links, this year’s winner of I’m A Celebrity Get Me Out Of Here, and former X Factor contestant Stacey Solomon visited Colchester for Matt, Colleen Rooney was in Liverpool for Rebecca, Michelle Keegan in Doncaster for One Direction and Scott Mills in Malvern for Cher Lloyd.

Song – Here With Me

Matt has always been a top favourite to win, and tonight’s performance proved exactly why. Taking on Dido’s classic hit song Here With Me with a solo guitar piece proved to be a really good song choice. Matt’s duet performance with Rihanna was amazing, and I think my favourite so far. Matt possesses all the credentials for a top UK recording artist, without a doubt. It was very emotional and moving for Matt’s father, family and everyone watching as her visited family on the journey home – they must be so proud.

Louis, ‘Matt, you’re in the final because you deserve to be in final. Consistently good. You’re an ordinary guy with extraordinary voice. I’m dying to hear your new album. You’re a born recovering artist. You have to be in final tomorrow night.’

Cheryl, ‘I always knew we’d be on that stage, it was a great song choice, great performance.’

Simon, ‘You’re still not feeling great, but that was fantastic performance, a fantastic choice of song. It was on the money. The very first time we met you, we knew you’re a great, honest guy, you deliver every week, and you take chances. I hope we see you tomorrow night.’

Dannii, ‘I just want to say thank you for all the work you’ve done over last weeks, no one has ever worked harder on The X Factor and I want to say vote for Matt.’

From day one Cher always brought her exuberant personality and stage presence to the X Factor impressing the judges with her modernised flair and creativity with the ability to song write raps with her chosen songs. Something that no one has been given the chance to do on the show in previous years. Her music videos would be amazing as an artist. However I do feel from watching the footage during her home town visit she unfortunately seemed to have the least support in comparison to the other acts.

Dannii, ‘Your music is definitely niche, not something we’ve ever had on The X Factor before. It’s an incredible spring board for you. It’s what you do with it now and how you approach your future.’

Simon, ‘Using one of Cheryl’s expressions, I’m going to say you smashed that. I’m happy that we put you though, you’re fearless, and you’re my favourite brat with a heart of gold. I’m genuinely happy you’re here tonight; in terms of originality, energy, my favourite performances of yours so far.’

Cheryl, ‘I saw something in you the second you walked in that first audition. You’ve stayed true to that style, and I hope to see you there tomorrow smashing it.’

I absolutely adore One Direction, and judging by the size of their fan base they may actually win. I think the votes will be close between Matt and One Direction. The boys were formed as a group approximately 4months ago, and have embarked on an incredible journey, never appearing in the bottom two. Britain has indeed found itself the next new young talented boy band. Their performance with Robbie Williams was amazing, I’m really proud of what they have accomplished.

Louis, ‘You’re five guys, all best friends. I’ve never seen a band cause so much hysteria so earlier in their career. I want everyone in Ireland to vote for Niall.’

Dannii, ‘You were thrown together as a band and you’ve bonded so well, you deserve to be here, I’d love to see you in tomorrow’s final.’

Simon, ‘Can I just say after hearing the first two performances that were so good, my heart was sinking. Then you got on stage, and you’ve got to remember you’re only 16, 17 years old. You deserve to be there as individual singers. You gave it 1000 percent. It’s an absolute pleasure working with you and I hope people pick up the phone. You really deserve to be there. ‘

One Direction & Robbie Williams –She’s The One

Rebecca is the best female vocalist in the competition. Her voice is so distinct and flawless, that’s exactly why the public have kept her in the running. She is shy mother of two, timid and sweet, but when she performs on stage we see a whole new different side to her. I remember in the early stages of the competition Rebecca struggled with her confidence and believing in herself. Now she displays such maturity and growth, yet still remains humble. After her amazing performance with Christina Aguilera, Christina described her as being ‘a really unique talent.’ That says it all.

Louis,  ‘Rebecca, there’s something I want to say – I believe in you so much, as a person, as a role model, as a recording artist. You’re one of the nicest people we’ve ever had on The X Factor, and you’re just same off stage as you are on stage. I want everybody in Liverpool to lift their phones and vote for Rebecca.’

Dannii, ‘You’re an absolute beauty, you definitely deserve to be in final. I hope this show has given you a beginning, and is the start of your confidence building. You really deserve this.’

Simon, ‘Can I just say you look absolutely beautiful. You used the word magical in your film and that performance was magical. There’s something about you, you’ve done it your own way from beginning to end. You are one of nicest contestants we’ve ever had on this show. You represent Liverpool brilliantly, actually you represent the whole country. Most of all, you have one heck of a recording voice. I think you would be a fantastic winner.’

Cheryl, ‘I find it hard to have the words for what an amazing girl you are. I respect your dignity, your class and I really look forward to your future.’

As predicted, Cher Lloyd is the next act to be voted off by the public, narrowly missing out on a spot for the Sunday’s results show. This is undoubtedly the start of her career as an artist she has amazing potential.

Cher said: ‘I’d like to say thank you to everybody who ever believed in me. My highlight throughout the whole of this was standing on that stage with Will.i.am, I thank everybody who arranged for that to happen and I thank Will.I.Am.’

The only question now is – who will be crowned this year’s X Factor winner?

So here we have it the final three, become two – as the winner of The X Factor 2011 is announced. Matt sings fireworks by Katy Perry, One Direction Torn by Natalie Imbruglia, and Rebecca Sweet Dreams by Annie Lennox – three classic hit songs.

After three incredible performances, One Direction surprisingly leave the competition, but hold their heads proudly in third place, now it’s Matt Versus Rebecca.

Matt’s Final Performance before results – When We Collide

The winner of X Factor 2010 is Matt Cardle, the painter and decorator from Colchester made it all the way to the end! Are you sitting at home thinking, I can sing that song! I want to be a Pop star! Never had the chance to make your dreams come true? If you think you have what it takes why not apply for X Factor 2011…