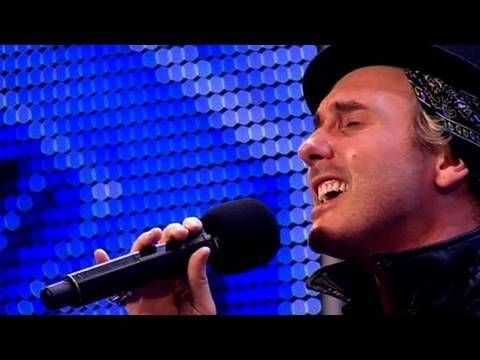 Saturday nights upon us again – the third week of X Factor auditions and the forever changing judging panel welcomes the stunning Australian ‘Torn’ singer Natalie Imbruglia to the ITV show. The search continues in London and Birmingham, as the X Factor entourage travel to the Midlands. Even though we are almost at the exciting make or break Boot Camp stage, I am proudly disappointed to admit that the talent is somewhat lacking so far this year, coming on Week 3 – let’s hear some real standing ovation crowd-pleasing belters!

First to perform this evening was Duo act Twem two young Parisians Samir and Medhi singing ‘Just Dance’ by Lady GaGa, a popular song choice this year. To my surprise – honestly they weren’t as bad as I thought they would be. Cheryl described them as being likeable, infectious and cute – and commented ‘You’re like the Parisian John and Edward!’ Simon couldn’t help but dampen the mood by saying the two little monsters Louis created known as Jedward have spread across Europe! Twem make it through to the next round.

The next contestant Storm Lee formally known as Lee Gardener, originally from Edinburgh but now living in LA flew back to England especially for the auditions. I Bet Simon was thinking he better be good then – and make that long haul journey across the Atlantic worthwhile!  Mr Cowell wouldn’t even hesitate in sending him packing if he was rubbish. Poor dude, after being cut short singing his first song choice ‘ Every Breath you Take,’ by the Police, he adds his own little twist to U2 hit song ‘Still Haven’t Found What I’m Looking For,’ and it works! My favourite male vocal of the night by a mile. Simon was so mean to him, even though I must admit the name Lee Gardener would suit him better as an artist – after 25 years of trying to make it in the music industry.

Cast your mind back to 2008 auditions. Simon’s house – Liam Payne didn’t make it through to the live shows. Determined to fulfil his dream he’s back two years later at only 16, but my gosh did he certainly give the most dramatic vocally powerful performance of the night  singing ‘Cry Me a River,’  the Michael Buble version. Yay! I got my belter! Couldn’t help but sigh at the suspense the show creates before the judge’s vote – Ahh we all know he’s through!

Cutest recital of the night goes to Pattie Eleode. Her entrance on stage waving and saying ‘Hello,’ in a chirpy high pitched voice was so adorable –and when she opened her mouth to sing.. Aww she sounded like a little chipmunk. She reminded me of an elder at church on a Sunday – such a great spirit and so happy and cheerful! Bless.

Give it up for Cher Lloyd – wicked! She sung Keri Hilson’s version of Soulja Boy’s ‘Turn My Swag On’ In total agreement with Cheryl who said ‘You are right up my street! You are actually my favourite audition so far, little bit of attitude there, I like it,’ she had her swag not only turned on but turned up. I loved it. She may very well be my favourite audition and singer– period,  awesome.

I really didn’t want to end on a bad note but my oh my, Abbey & Lisa. I apologise to you all but I had to get up as soon as these girls introduced their act. I sensed drama, and that hard-to-take-on-board-rejection attitude and goodness me was I right with these feisty little troublemakers. Their Shayne Ward ‘That’s My Goal,’ performance was so wrong. Outspoken Lisa decides to tell the audience to shut up, and after disrespecting the audience,  stupidly wonders why they are booing then storms off! Simon comments ‘You have the worst attitude of any contestants I have ever met on any of these shows.’

Natalie decides to put the girls out of their misery and break it to them gently saying ‘The singing was not great girls’ to which Lisa replies without thinking, ‘Who are you may I ask?’ Wow, then there comes the fist as Abbey punches Lisa clean in the face before marching off stage. Easy girls! Breaaaathe…

Certainly entertained us though Ha-ha!

Catch up with me same time next week.