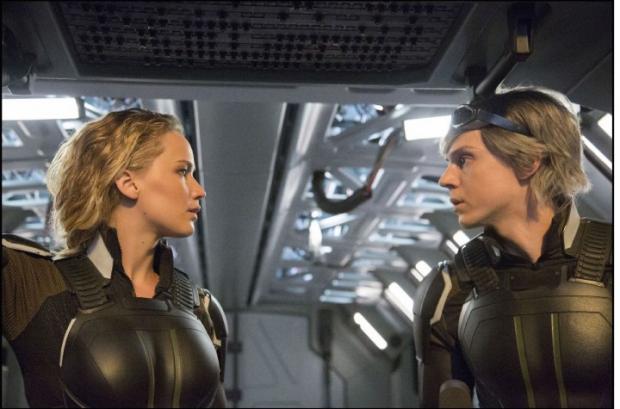 We still have close to a year to wait until the release of ‘X-Men: Apocalypse’, but these new posters should whet your appetite for the new film. Director Bryan Singer has confirmed what we have long suspected to be the case: X-Men: Apocalypse is the start of a new era for X-films by stating that this is the genesis of the “true X-Men.” According to EW, Singer said that Apocalypse is “a kind of conclusion of six X-Men films, yet a potential rebirth of younger, newer characters.” He even later added, “This is the true birth of the X-Men. This is how it happens.” The release of these new images, and with the film set in the 1980s, there is plenty throwback style to be seen. Alexandra Shipp (Storm), Sophie Turner (Jean Grey), Lana Condor (Jubilee), Jennifer Lawrence (Mystique) rock big hair and colourful looks in these photographs.