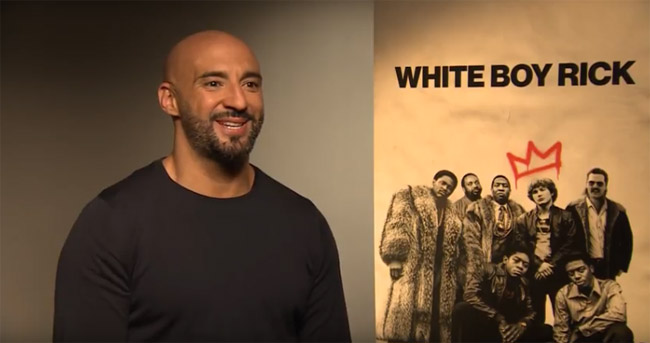 Yann Demange, the man at the helm of Matthew McConaughey’s latest, ‘White Boy Rick’ hit the ground running back in 2014 with the gritty gut puncher ’71. Classed as a talent to watch, his name was strongly linked as a favourite to take over the reins on Bond 25 before Cary Fukunaga took the spot from Danny Boyle.

Now, four years later, Demange has put his intricate eye to good use and delved into the story of ‘White Boy Rick’. Based on the true events of Richard Wershe Jr, a teenager hired by the FBI to become an informant and drug dealer and subsequently left to rot by those same law officials. Demange not only focuses on the main events that lead to his imprisonment but also the family relationships with his Father Richard Snr, a mullet-sporting Matthew McConaughey and his sister, played by Bel Powley.

Set in 1980s Detroit at the height of the crack epidemic and the war on drugs, in a city rife with corruption on every level. The film tells the moving story of a blue-collar father, Richard Wershe Sr. and his namesake teenage son, Rick Jr. In a mind-boggling series of events, Rick Jr. enters into a Faustian bargain, becoming an undercover informant and later a drug dealer, manipulated by the very system meant to protect him only to be abandoned by his police handlers and sentenced to life in prison.

We caught up with Demange to chat about the film in which he reveals why exactly he gave a chance to Richie Merrit – a never acted before teen from the poverty streets of America – to play the lead opposite McConaughey. He also spoke how Merrit and McConaughey bonded on set as Father and Son after McConaughey started his own acting career in a similar fashion and more.