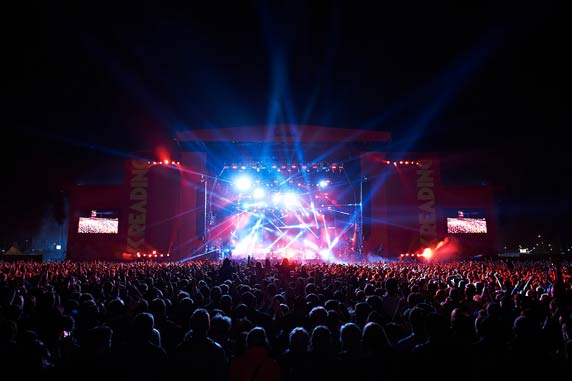 The Reading Festival has been bringing the Brit population the next big thing for over 40 years now and 2013 promises more of the same.

While you don’t want to miss the headliner acts when they feature Skindred, Chase and Status, Earlwolf and Green Day, it’s more likely you’d find FlavourMag around the smaller stages. You can find Skrillex and Azealia Banks on the BBC Radio 1 Stage as well as A-Trak and Iggy Azalea on the BBC Radio 1 Dancing Stage. Of course you could go watch Enter Shikari on the Sunday Rock Stage or Findlay on the Festival Republic Stage and you’d be guaranteed an amazing weekend.

That said, if you managed to get tickets by sitting up all night waiting for them to be released, then the best place to spend the bank holiday weekend is the BBC 1xtra Stage because it looks like that’s where the elusive never-ending festival party will be happening. Friday boasts the ‘Heatwave’ that is Wiley and Toddla T Sound as well as a collection of British and South London DJs like P Money. If this is a corner of the Dubstep and Grime world you’ve not heard before go check out ‘Pow 2011’ and the bank-robbing get-away music video. Stick around the stage for some genuinely great performances from Benin City, Left Boy, Itch and Murkage.

Dagenham-born Devlin shares the stage on Saturday with Action Bronson and Giggs. There’s also a chance to stick around and catch American hip hop artist Chance The Rapper and BBC Radio 1Xtra Friday Nights presenter DJ Semtex, which you can catch up with online at BBC 1xtra. If you leave you’ll miss Mic Righteous and Lunar C so maybe just hang out here until Sunday morning when…

The unmissable Wretch 32 and legendary Ms Dynamite will be making the last day of the festival one to remember. There are actually fewer acts on stage for the last day because the day is shorter and the sets are longer. Throw yourself on the festival floor to Angel Haze, David Rodigan MBE, Mikill Pane and Smiler in the happy knowledge that there’s no work on Monday. Last person to leave the tent loses.

If you need a break from the eternal fun then go watch Russell Kane and Shappi Khorsandi on the Comedy Stage or head to the bars and food traders but remember they’re cash-only and you will need ID! Sadly tickets for this year have gone but watch this space for info on getting your hands on some for 2014…