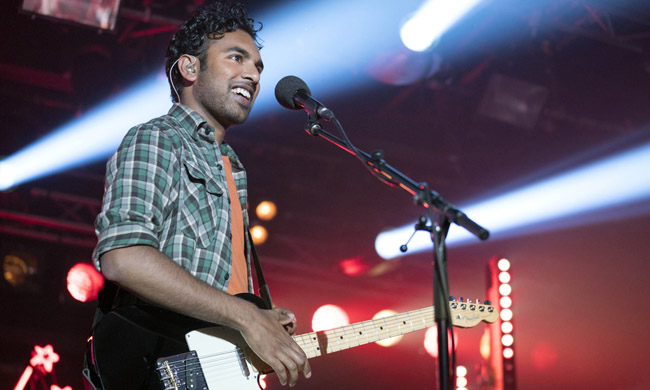 A foot-stomping joy that has a feel-good British film coursing through its veins.

Danny Boyle and Richard Curtis are a dream filmmaking team, from Boyle, making the likes of Slumdog Millionaire and Trainspotting to Curtis’s Notting Hill and Love Actually (amongst many for both) the pair has great feel-good British film’s coursing through their veins. For their latest, the pair has taken inspiration from the most iconic British pop bands to ever come out of our shores, The Beatles, and question what kind of world would be living in without them.

Once the nerdy one from the streets of Eastenders, Hamish Patel takes on the role of Jack, a struggling musician who by day works in a thankless job in a warehouse and at night takes to pub stages to perform to unappreciative audiences. Wherever Jack goes Ellie (Lily James) is never far behind, best friends since the day dot, Ellie works as a Teacher and Jack’s manager who harbours a romantic feeling or two towards him. After one fateful night, where Jack is hit by a bus after a cosmic flare takes out electricity around the globe, Jack wakes up to find himself in an alternative universe, one in which The Beatles never existed.

Suddenly, Jack finds all his troubles so far away, realising he is the only one who remembers The Beatles songs he takes advantage and begins to pass them off as his own taking the short winding road to stardom. The script is exactly what you would expect from Curtis, it never leaves much to the imagination, it’s doused with emotional warmth and gut-punching humour and renews the bubbling ferocity of love from the thundering toe-tapping soundtrack.

The humour comes in many forms, especially when Jack finds out what else is missing in his new world. De-facto, because there were no Beatles, there was no Oasis to influence the 90’s band but there are other instances that will have you scratching your head trying to find a connection like the loss of Coca-Cola and god forbid, no Harry Potter.  Ed Sheeran makes a long-lasting cameo, one in which he discovers Jack and gives him a platform to shine, but it slightly backfires on him when during a songwriting challenge, Jack blows Sheeran out of the water, oh and let’s just forget that Sheeran tries to butcher Hey Jude.

Anticipation runs high when it comes to cameo’s, you may expect someone of note to pop their heads up and you won’t be disappointed but you will be surprised. For any Beatles fan, the poignancy of the scene will grab you from the pit of the stomach and strangle you with its majestic realisation.

Blissful yet predictable, fun yet ravishingly silly, Boyle and Curtis ramp up The Beatles nostalgia until the amps blow a gooey sugary-substance all over your face, but they do it by taking you on a foot-stomping, head-nodding ticket to ride of imagination.

Yesterday is out in cinemas June 28th