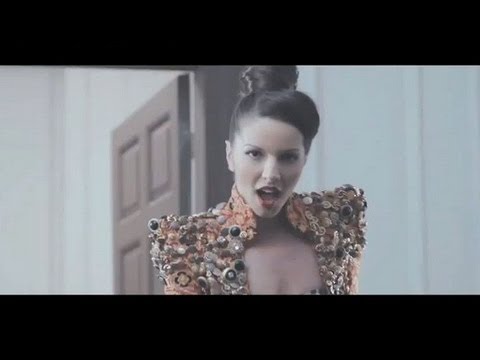 Yogi began to DJ at the age of 12, was playing in clubs by 16 and progressed to working as an intern assistant engineer for leading mix engineer Marc Frank on projects with the Black Eyed Peas, TI and Jay Sean, among others. Having completed a degree in Commercial Music, he left university and returned to work with Marc full time, cementing his career in music. Yogi’s a smart music-maker and certainly not average, as Flavour finds out… How did your part on ‘Traktor’ with Wretch 32 come about?
When we made the beat for ‘Traktor’, we got a guy called L, who does the vocals, and did a session with him – it sounded really good. Wretch’s label heard it and loved it. They took it, but it took so long before we got to see what was going to happen with it. We did that beat about a year and a half ago and it only came out in January this year. It did really well, No5, so we were really happy with that.

What happened after that?
After ‘Traktor’ got to No5, it was like, we need a No1, we need to take this to the next level; this is cool but you can’t live off this for the rest of your life. In December we had such a wicked creative run and we did three beats. Tinie Tempah has taken one, RD has taken another and RoxXxan another. We were developing her last year and she got signed to Polydor off a beat that I was doing that Tinie wanted, but we gave it to her.

Why did you give it to RoxXxan instead of Tinie Tempah?
We gave it to her because it was more of a loyalty thing. It wasn’t a case of some bigger artist was just going to come and take it, and say, ‘Yeah, this is going to be on my album.’ This beat got RoxXxan signed to a bigger label. Now she’s signed to Polydor, we will be involved with her album a bit more. Hopefully this will be RoxXxan’s first single.

‘Follow U’ is your first official single. Tell us about it?
Ayah’s manager came and said, ‘I like what you’re doing, can you come and remix this track for us’. And then I heard this track and said cool, I’ll do it. It’s kind of like dupstep, but it’s not. It’s slower than dubstep. MistaJam played it on Radio 1 and it was getting a little bit of hype, not crazy. Then Ministry called up and said they love it and want to put it out as a Yogi single. After that, Swedish House Mafia heard it and said we like it. They were really into what we were doing. I now have a management deal with ATM Swedish House Mafia. You also have a publishing deal with EMI…
In January I did a deal with EMI with a company called Levels, which is Wretch’s label. They said, ‘We want to do a publishing deal,’ and it made sense because they supported what I was doing from nothing. ‘Traktor’ was nothing, then it became something; then Wretch became something, and now he’s had a No1. It’s good because we made that happen – not being boastful, but ‘Traktor’ helped start his career in the mainstream. It was one of those tracks that was urban but crossed over. So we did the deal with EMI Levels.

Which of your tracks are you really proud of?
I got this one Tinie track that I’ve done and Zilla is on the hook, it sounds crazy. I’m really proud of it because Tinie has taken that for his next album; but it will be a bit of a wait till it comes out.

Who is your favourite person that you have worked with?
They’re all good. Everyone’s got a different vibe, even writers. Zilla is really good to work with because she can play, and if I’m stuck we will write a hook together and that’s always fun. L was really good to work with because he writes a chorus so quickly. Like, he’ll go in the toilet and come out and be done; no writing, just recording. Wretch is wicked as well, he is very professional and his metaphors are crazy. There is a writer called Autumn Rowe who wrote Leona Lewis’ new single ‘Collide’ and all of Alexis Jordan’s singles. You go in a room with her and you know you’re getting a hit. You will get a brilliant song done in half a day, and she’ll be like where’s the next one? I’m working with a guy called Fraser T Smith, he did the Adele song ‘Set The Fire To The Rain’ and Tinchy Stryder and Taio Cruz’s ‘Break Your Heart’; he’s a producer and he’s the nicest guy you will meet in your life. He has nice, positive energy; there’s something really calm and soothing about being around him. I was in a session with him and Talay Riley, who’s wicked as well.

Is there anything you’re working on that Flavour readers would be interested to hear about?
I’m working on RoxXxan’s album and a project with RD; I’m doing a second single as well. I might do something with Zilla or Steve Angello or Wretch 32. I’m working on the Swedish House Mafia album, which will be crazy. I’ve got stuff with Tinie Tempah and Tinchy Stryder coming out. Zilla’s album will be out next year, we’re about six tracks in at the moment and we’re going to get some exciting people to come and work on the project. I want to start doing some live shows again. I just can’t wait for these songs to drop.

Wow! Not much then…