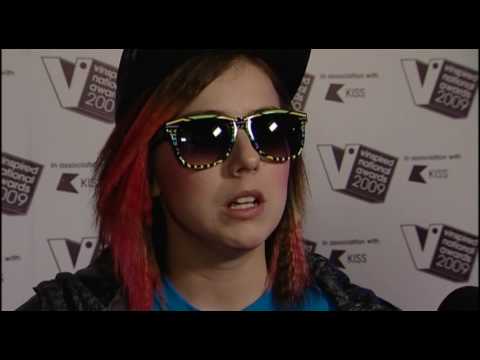 Flavour was at the vinspired national awards held at the Indigo O2. The ceremony honours volunteers aged 16-25 who have shown a great deal of selflessness in helping their communities or raising awareness on subjects ranging from cancer to a passion for theatre. The nominees are registered with v, the National Young Volunteers Service and are nominated in various categories such as ‘Genius’ which honours creativity to ‘Transform’ for those who make a lasting impact on their communities . At a time when young people tend to grab media attention due to ASBO’s, stabbings and gun crime, it was refreshing to be in the midst of a ceremony that honoured young people for doing the right thing. With the backing of PM Gordon Brown, Prince William, entrepreneur James Caan and a host of celebrities such as Gabriella Cilmi and Tinchy Stryder, v has definitely been pushed to the forefront of people’s minds. The stunning T4 presenter, Jameela Jamil, co-hosted vinspired with actor/ comedian James Redmond. Just a year ago Jameela taught English as a foreign language. Her success demonstrates how with determination anything is possible James Redmond, noted that v is such a great service because it allows you to get involved with causes you are passionate about “When I was a younger volunteering was a forced thing, no one realised at the time that you could get creative with it.” Winner of the Genius Award, Tom Stone. Tom set up the “Drop In” project which was an interactive graffiti wall. He also organised a safe rave. Legalising traditionally naughty hobbies…definitely genius! Gabriella Cilmi and Tinchy showed love for the volunteers by giving outstanding performances at the awards after party. Gabriella revealed that her next album would have a Donna Summer vibe, Dallas Austin is one of the producers the is working with; “He is so creative he turned some crazy ideas of mine into really great tracks” Bashy, pictured in one of the trademark t-shirts from his clothing line said v was definitely a service worth signing up for Matt Littler and Darren Jeffries (Max and OB from Hollyoaks). The guys pointed out how cool and inspirational all the nominees were, according to Matt “Most young people that do good never get press attention. The media is only interested in kids shanking people, Flavour is the exception to the rule!”