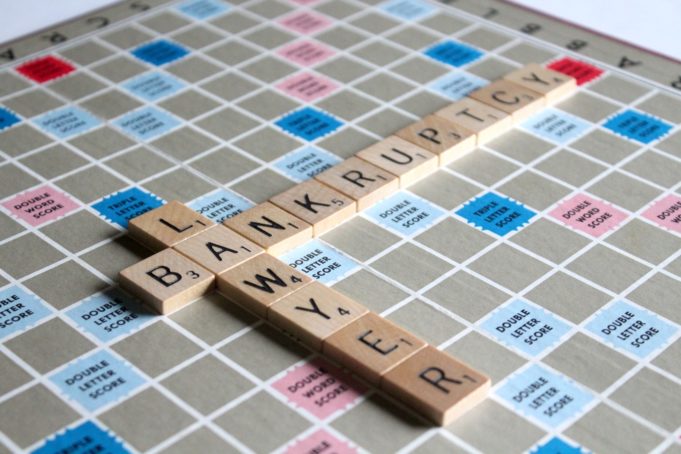 The first thing you need to do when considering bankruptcy is to work out if it’s actually the best solution for you.

While becoming bankrupt gives you a fresh start, it can also have serious and far-reaching consequences upon your life for several years. It’s vital that you get advice before setting out on this path, so get some help from Creditfix first to make sure you’re doing the right thing.

Head to the GOV.uk website to find the form and complete it. The fee is £680 and this amount isn’t refundable unless you cancel your application before you actually submit it.

Take out some money for your daily living expenses

For most people, there’s a few days’ wait between filing for bankruptcy and the official receiver assuming control of your assets and money, but the bank might freeze your accounts immediately. This means you need to withdraw as much money as you can to pay your living costs for a few weeks.

You submit your form

Once you’ve completed the form, you must confirm that you’re the person named and detailed on it, that the information you’ve given is true and accurate and that you agree to a credit check.

Don’t leave out any information or make any false statements about your property and assets; this is actually a criminal offence and you may be fined or even imprisoned.

You need to wait for the adjudicator’s decision

The adjudicator has 28 days to accept or reject your application. They may need more information in some cases and if they ask for this, then they have an extra 14 days.

If you’re rejected then you can ask for a review. If you’re still rejected after this review you can appeal the decision in court. You’ll need to submit form N161 (found on the GOV.uk site) to the nearest court that deals with bankruptcy.

If your bankruptcy order is made

If this happens then you’re officially declared bankrupt and so your bank accounts are frozen immediately (if they weren’t beforehand).

You have to cooperate with the official receiver

Your property and assets are under the control of the official receiver and you’ll have an interview with them within the next two weeks (usually over the phone) to talk about your bankruptcy and circumstances.

From this point on, the receiver administrates your bankruptcy by distributing property and money between your various creditors and by supervising your bankruptcy trustee. You may not like the decisions that are made here, but they’ll be fair and you must cooperate.

You probably need to open a new bank account

You’ll most likely need to open a new bank account for benefits and earnings and to pay bills. Some banks will refuse to give you an account, but you’ll probably be able to get a very basic type. If you have serious difficulty finding an account, the receiver and your bank might let you use one of your existing accounts but it’ll be downgraded to basic functions.

After a year you’ll be discharged from your bankruptcy

As long as you cooperate with the official receiver, you’ll be discharged after a year.