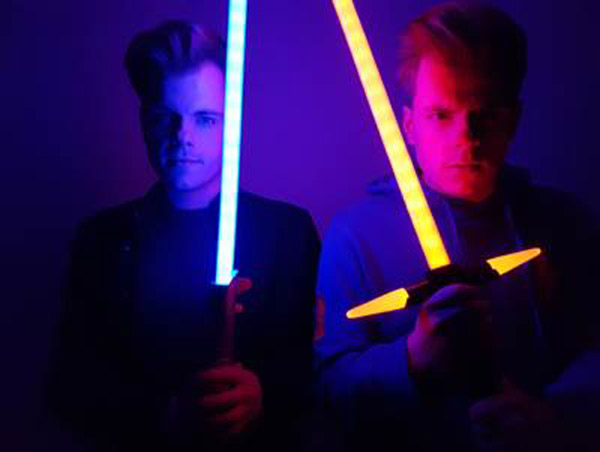 YouTubers and identical twins Niki and Sammy are hosting a secret, one-off special screening event for Star Wars fans, all to celebrate Star Wars: The Force Awakens releasing on Blu-ray™ and DVD from 18th April 2016 and on Digital Download from 11th April 2016.

Held at a secret London location on Monday 18th April at 18:00pm, fans have the chance to win a seat at the Dark Side vs Light Side screening event (a cinema room divided in two) by tweeting which “side” they belong to. If they are drawn to the Dark Side like Sammy – they need to tweet #DarkSideSammy, or if they’re more in favour of the Light Side like Niki – they’ll need to tweet #LightSideNiki.

Winners will be selected at random and can tweet as often as they like, up until Monday 11th April. Invites revealing the secret London location will be sent to the chosen few, and those who come in fancy dress on the night (resonating with their chosen side) could be selected by Niki and Sammy to win a prize. A special photobooth will be on hand to capture images of the day, where fans can upload images straight to social media to be in with the chance of winning a limited edition Light side or Dark side Blu-ray sleeve.

Those who are unsuccessful in winning a seat at the screening can still get involved! Star Wars: The Force Awakens releases on Blu-ray™ and DVD the same day as the screening; fans who purchase the film can start watching it at 18:00pm on Monday 18th April – the same time the film at the secret London location begins – and tweet their thoughts as and when key moments take place. By using the hashtag #ForceAwakensLIVE, on-the-spot prizes will be awarded adhoc to tweeters.

Star Wars: The Force Awakens shattered box office records upon its debut becoming the biggest film of all time in the UK with a current box office total of over £122.66million plus a total of $2.05 billion worldwide.

Feel the force when Star Wars: The Force Awakens releases on Blu-ray™ and DVD on 18th April 2016, and on Digital Download from 11th April 2016. Additionally, UK fans will have the chance to purchase the Blu-ray with a special Light side and Dark side Blu-ray sleeve (*subject to availability).