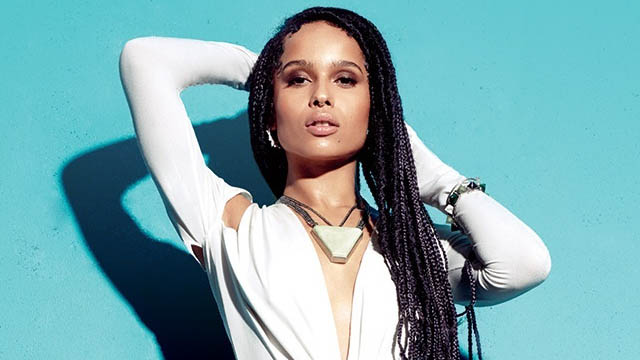 Actress Zoe Kravitz appears in the March 2015 cover story of Ocean Drive magazine. In the shoot, she rocks long broads, edgy fashion and strappy sandals by Warwick Saint and styled by Jen Patryn.

“It was really crazy and surreal and intense—we were out in the desert in the middle of nowhere, and all of a sudden, there’d be fire and bullets flying at us. It’s Mad Max, so it was definitely some gnarly shit we were doing.”

Appearing alongside A-listers Charlize Theron and Tom Hardy in George Miller’s blockbuster Mad Max: Fury Road. It’s the first Mad Max in 30 years, and Kravitz plays one of five wives who’ve been captured and are being pursued in a full-throttle car chase across the vast expanses of Namibia. Read more here