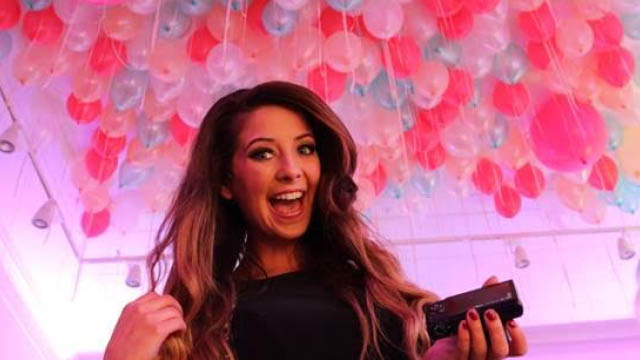 Beauty vlogger Zoella is the first female from the UK to achieve 10 million YouTube subscribers. Milestone is achieved as documentary Rise of the Superstar Vloggers featuring a number of YouTube stars airs on BBC3.

Zoella hit the 10 million mark on Saturday 30 January 2016, making her the first female, and second YouTube vlogger from the UK, to reach the milestone.

As fans across the world celebrated the achievement, Zoella thanked them for their support.

“We did it! There is now 10 million of us. I’m so emotional. I want you all to know this means the world to me.”

The milestone reflects the massive growth in the popularity of YouTube vloggers, with many extending beyond the virtual realm to become authors, designers or even staring in feature films.

The Variety annual survey which compares YouTube stars with traditional entertainment stars, saw once again that YouTube creators are among the most influential. Stars like PewDiePie, from Brighton, and KSI, from Watford, are deemed more influential than Taylor Swift or Bruno Mars.

The news of Zoella’s success comes as BBC3’s documentary Rise of the Superstar Vloggers premieres tonight at 9.00pm, taking viewers behind the scenes with some of the world’s most popular vloggers and marking the 10thAnniversary of YouTube.

The documentary investigates just how powerful vlogs can be to legions of fans and how vlogging is being used for everything from beauty tips to supporting those with mental health conditions.