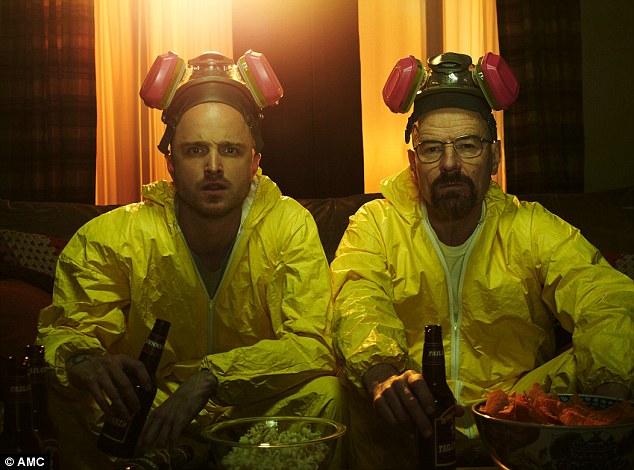 As we’re left feeling a little lost each week with the series finale of Breaking Bad over and the prospect of a sixth season looking bleak we’re sure you’re looking for new ways to get your fix.

So if you can’t get enough of your crime, drug and murder filled rollercoaster ride, take a break from searching for the real Walter White on Jail Exchange and take a look at these unknown facts about the show:

He isn’t a school teacher and doesn’t have cancer but he did have a thriving meth business before making Alabama’s State’s Most Wanted list in 2008. 9. Teachers do get into the meth business

It’s sad but true, some chemistry teachers out there have attempted to make money from selling home-cooked meth to school children. A teacher from Texas, William Duncan, was arrested for selling meth in the school grounds after an undercover sting, a 74 year old mathematics teacher was found to be running a meth lab in her home and another teacher, Stephen Doran who was suffering with Stage 3 cancer, was caught dealing meth in May this year.

8. George R.R. Martin thinks Walt is a bigger monster than anyone in Westeros

A bold statement, but after Martin saw the episode Ozymandias – where Walt gives up Jesse’s hiding place and admits that he was there when Jane died but didn’t save her life – he said that Walt is a bigger monster than anyone in Westeros, which just reflects how strong the show’s writing is.

Apparently the star said he just thought he should pretend to be someone else and that’s all there is to it. Bitch.

On the final day of filming for season five, Cranston decided to commemorate the show with some ever lasting ink on the inside of his finger. See a great rundown of every single death to happen throughout the five seasons here.

4. There’s a Walking Dead cross over

The team of special effect make up artists from The Walking Dead was brought in for the Season 4 episode Face Off, where Gus has half his face blown off.

3. The science in the show is flawed

To prevent people from watching the show then going off and cooking up their own batch of methamphetamine, Vince Gilligan and his writers made sure there were key ingredients missed out in those scenes.

The meth cooked up in the show is crystalised sugar – well, they couldn’t use the real stuff could they?

According to the show’s writers and producers Bryan Cranston insisted on wearing tight white pants and apparently said Walt should wear, ‘the most pathetic thing’ possible.