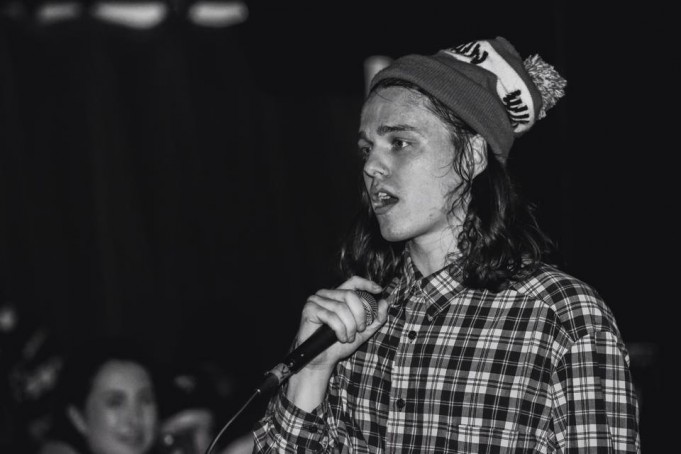 It’s hard to make it into hip hop in any country, but try making a name for yourself when you’re oceans apart from the rest of the world.

It’s not impossible to be heard, not with all the different platforms available on the interwebs, but it is difficult to stand out when the mass crowds are more interested in the Iggy’s of the world. So I thought I would compile a list of my top 5 Aussie artists’ that are better than Iggy.
Miracle

Miracle has been rapping his little heart out for quite some time, and still hasn’t gotten the recognition he deserves. He’s 22-years-old and is based in Sydney. Miracle just released his official album ‘Mainland.’ He made his first break as an artists with his track ‘Better Dayz’ which samples Aussie folk singer Paul Murray’s track ‘Better Days.’

Miracle raps with ease, and it’s his hard work and determination that keeps us believing in him that much more. At the moment he is supporting Aussie rapper 360 on the Utopia tour, which quite frankly dare I say, it should be the other way around.

Tkay Mazida is of Zimbabwean descent, but she lives in Adelaide Australia. She raps about dinosaurs and has even had the pleasure of performing in front of Royalty; Prince William and the Duchess Kate, the Duchess even came up to Tkay and told her she had to refrain Prince William from dancing to her music.

Although she hasn’t released much music, this rapper is set to take the world by storm with her slick moves, badass rapping and bass heavy beats.

Any Aussie artist who rocks a J Dilla shirt for a magazine promotion is always in my good books. His gritty rhymes and retro, futuristic beats are definitely what Australia is missing. Remi is on point when it comes to making hip hop work in Australia and we look forward to hearing him take over the world.

Remi has rocked shows in Australia and now he’s set to take on Europe with a European tour. He just recently released his album ‘Raw x Infinity,’ making it into the Aria Top 30 Charts, coming in at 29.

There are no words to describe the feeling you get after seeing Allday, at first glance he looks like a hipster who has the most beautiful hair in the world. It’s hard to even imagine him rapping. But with shows set to sell out across Australia, and his ability to pre-warn his audience that someone is pretending to be him and sending out messages to girls asking for naked pictures, well you can say this rapper also has a humble side to him.

Sure he infuses pop with hip hop, and adds elements to his music not of a traditional hip hop artist, but Allday has found his craft, and he has also found an audience to believe in him. He just released his album Start Up Cult which is currently debuting at number 3.

Dex is a 15-year-old rapper from Melbourne, he raps are seamless and his music is one that touches the heart. At a very young age, Dex decided he wanted to be a rapper and things are looking up for him. His latest mixtape Twisted Words, which is an EP that encapsulates his life growing up, and the effects of dealing with the loss of his father. Dex’s track ‘Not around’ hits the heart chords on what it feels like to lose a loved one, so much so that he still tears up when he listens to it.

He’s working on some news music and it’s fair to say at the prime age of 15, it’s only up from here.