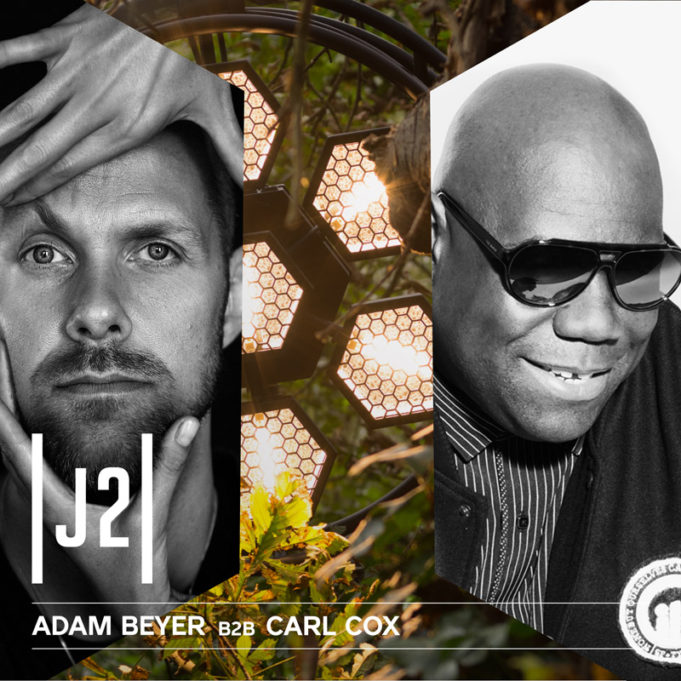 Three back to backs announced, including a world exclusive from Adam Beyer B2B Carl Cox, a 6-hour set from Dixon & Âme, and the cutting-edge union of Sonja Moonear B2B Nicolas Lutz. Final names and stage hosts will be announced at the end of the month.

“It’s a dream come true. Playing back-to-back with one of my absolute heroes will be one of the highlights of my life personally as well as professionally.”

Adam Beyer and Carl Cox will also play a solo set at the festival as well as this incredible first-time unison. Two of electronic music’s most influential artists Dixon and Âme will perform a 6 hour set at this year’s festival. Expect a journey that will no doubt touch on the Innervisons back catalogue, and some of the best forward-thinking hedonistic sounds around. This is a rare chance to see two of the scenes magicians go at it in London.

After studying classical music in her youth, Sonja Moonear set aside the piano in favour of the turntables and bought a Roland R8. Leaving her with a very interesting and varied palette and record collection. She’ll be making her debut at the festival back to back with Nicolas Lutz. Get down to the Junction 2 Launch at Tobacco Dock on 10th February, where you can see Adam Beyer b2b Ida Engberg, Nina Kraviz, Mind Against, Apollonia, Modeselektor (DJ Set), LSD (Luke Slater, Steve Bicknell, Function) and many more.

This will be the only time you can see Adam play in London before the festival.

Combo Ticket to both: £80.00 +BF – ON SALE NOW
London Launch at Tobacco Dock and Junction 2 Festival
Save over £10 with the combo if you’re coming to both