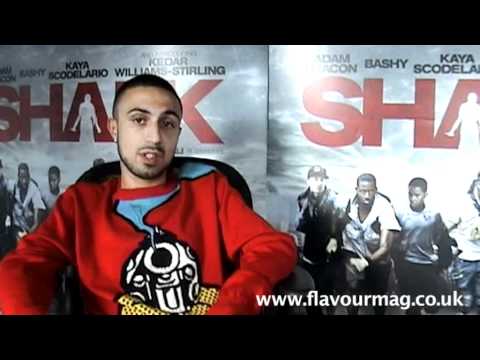 We caught up with Shank star Adam Deacon at Revolver Entertainment, where he was chilling with a cold drink outside with a friend. While the hot sun simmered down on the busy West London afternoon surroundings it was time to go inside, get close and have a chat. From actor to director
Adam has been casting his new film Anuvahood where he will make his debut as a writer and director as well as acting alongside Adulthood and 4.3.2.1 co-star Ben Drew. In Shank the 27-year-old was seen as the light relief in the gang, and in this new movie Adam wants to step it up another level and bring humour to the forefront.

Feeling that street life is not always as dark and gloomy as it is perceived, Adam insists that this is his opportunity to bring something new to the table. Having acted since the age of 12, the Bafta award-winning star says his experience working alongside the likes of Noel Clarke has given him the urge to chase something bigger, something more demanding, as well as creating more laughter-inducing stories.

Hackney to Hollywood
The Hackney-bred superstar has been on a rollercoaster ride between films and music in the past year, developing his naturally comedic stance into his work. Anuvahood will be different from the rest of the films he’s made and one he wants fans to be able to watch again and again.

Sheepishly smiling, Adam reveals to us that he is now on a mission to bring UK urban comedy to the big screen which is something that has never been done before. His latest film, Bonded By Blood, is hitting the screens on 3rd September.

See for yourself!
Watch our exclusive video interview with Adam. We get the low-down on what inspires him, how he conquered the acting scene so young, and what his fans can learn from his story.

Adam Deacon was interviewed by Saima