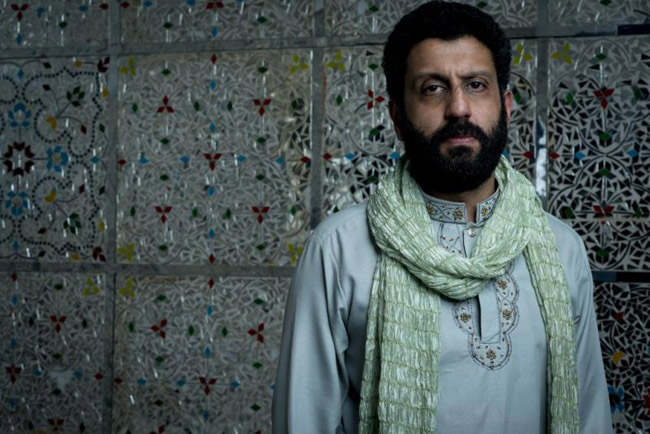 Last year’s return to the role of Queen Victoria for Dame Judi Dench, came with humour and heart in a story based on when Ol’ Vicky struck up the most unlikely of friendships with her India servant. To mark the home entertainment release of Victoria and Abdul, on the 22nd of January we sat down to speak to Adeel Akhtar — who plays Mohammed, Abdul’s long-suffering colleague and friend — about the film.

Based on true events, Victoria & Abdul beautifully depicts an extraordinary friendship between the Queen and her servant in the later years of her remarkable rule. When Abdul Karim (Fazal), a young clerk, travels from India to participate in the Queen’s Golden Jubilee, he is surprised to find favour with the Queen herself. As the Queen questions the constrictions of her long-held position, the two forge an unlikely and devoted alliance with a loyalty to one another that the Queen’s inner circle attempts to destroy. As the friendship deepens, the Queen begins to see a changing world through new eyes and joyfully reclaims her humanity. You played Mohammed in Victoria and Abdul the other “servant” he came from India with Abdul – how did you get involved with the film?

“Stephen [Friars] got in touch with my agent and said he wanted a meeting. We met, and we talked and he showed me the script. I went away and read the script. We had another meeting and he said he would like me to take the part if I was interested in it.

It wasn’t like a regular audition when you go up and do lines. Because he had been in the game for long, he knows what would work and wouldn’t. It was just a situation of getting to know who I was, the way that I look and what he thinks I could give to the role. There was no reading of any lines or anything.  I think what he does as he is talking to you, he judges how he is going to direct you as well. That’s only because he is so good at what he does”.

The story between Queen Victoria and Abdul has almost been erased from our history, how much of this story did you know before you got involved?

“I didn’t know anything about it. I only found out about whilst I was doing it from bits of information from the writer. So I knew nothing about Victoria and Abdul’s relationship”.

With the establishment trying to remove this friendship by burning all evidence it must have been virtually impossible to find details of what happened during that period to base the film around?

“Because there wasn’t much about Mohammed I was sort of free to build the character how I wanted to do it. A lot of that is to do with costume, make-up and stuff like that. They were so good at what they did; it was just a situation of just turning up and saying the lines really. I wear a really good fat suit under my costume, so it filled me out quite a bit. They asked me not to shave my beard; they picked out my beard to make my face look bigger”.

The film depicted Victoria learning Urdu and learning about Indian culture, she actually spent many years learning Urdu, Did go to those lengths to learn it too?

“My Mum and My Dad spoke Gujarati, in the household, it was always spoken. All the stuff that was written in Urdu in the script I sort of had in the back of my brain somewhere. It was just by doing this, I realised I knew a bit more than I thought I did. Stuff like the accent and the odd word here and there I found I’m alright with. If there were more than three lines or loads of dialogue in Urdu I would have struggled a bit. I had to ask Ali [Fazal] for a bit of help”.

Stephen Frears has added his trademark lightness of touch to the script here; it has such a heartfelt wit about it, with you delivering some of the funniest lines which come across as really authentic, especially with every British citizen’s favourite topic, the weather! Improvised?

“No, it was all scripted. There may have been the odd thing that was said”.

Obviously, it’s Ali [Fazal] who got to spend most time with Judi Dench, so I can image they built up quite a rapport – What was it like working with Judi for you?

“We never shared many scenes, when Ali was in the room with her, you would notice I was outside. But we were on the same set; it was just a real joy to see her work. If I got a chance to do it, I grabbed it and it was a real lesson in acting watching her work”.

Was there really some flirting on set from Judi with Ali?

“Ooooo, I’m not sure about that. There is a real element in their relationship where there is a familiarity, definitely, but I wouldn’t have put it past them to have a little light flirting going on. She’s got a twinkle in her eyes”.

How important do you think it was to depict this relationship between a Queen of England and a Muslim man from the late 1880’s now, especially amongst the racial tensions that are engulfing our society?

“Any situation where you are able to tell a story where the people who, for any reason, you think shouldn’t have a connection and do is important to put out there. Whatever form it comes in. This is particularly loaded because it has historical implications, the Empire. But at the heart of it, it’s two people who reach over a massive divide and manage to find a common understanding. Whatever form those types of stories come in, it’s a really important thing to put out there in the world”.

You’ve had quite a year being the first non-white actor to win a BAFTA for Best Actor, that’s got to be a pretty proud moment for you?

“Yeah, I was massively proud. It was unbelievable really. I’m always just shocked that I’ve even got a job, let alone this. I got nominated a few years before that, to get nominated and win and all these things; it’s just hard to articulate how it really feels. I just feel really lucky to be at work because it wasn’t long ago I was really struggling to find work. It was a massive honour to be in that situation”.

Do you think that will finally blow the doors wide open for more diversity in TV and Film?

“It’s always a difficult thing to know because you’re in the middle.We’ve got people like Riz Ahmed, Mindy Kaling, for example, is another Asian woman on the front of Time Magazine. There’s Kamil [Nanjiani] I was in his film recently, The Big Sick. They are getting a lot of award buzz round that film. There is happening’s that is very positive in regards to seeing people from ethnic minorities. Black Faces and Brown Faces on TV and Film, there seems to be a real movement happening. I think it is an amazing thing. Whenever I am asked this question, I always think there is room to move farther in that direction.There are conversations and stories that aren’t open to certain people. You can relate that to lots of things, Women in the industry or Asian people in the industry. I think we have a long way to go. There are lots of stories available for all types of people. When you do see someone on TV who isn’t traditionally cast, you notice the acting, character and story. Pushing the subject further, calling anybody out in telling a particular story is a diversion to what you’re really looking at which is the story itself. If the story itself is good and makes people want to listen and engage with it then, it could be anyone”.