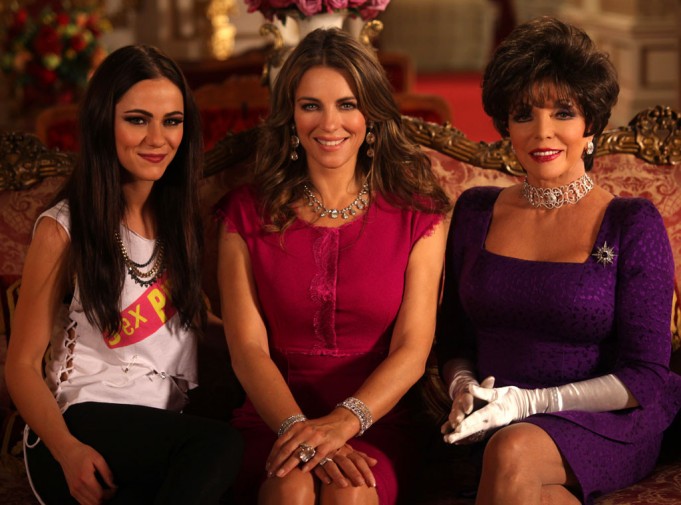 Since early 2009, Park has made herself more than evident in the acting world, from the likes of a wide variety of television series’ all the way up to a short film. But where have you seen Alexandra before?

Home and Away was a humungous platform for Park, where she first made her mark in the industry. Back in April of 2009, was where she made her first appearance as Claudia Hammond. For roughly four years she played the character of Claudia and took upon many big storylines, one of many being where she sleeps with Geoff for the first time and the caravan they are in sets on fire. She later reveals she is pregnant, but promises Geoff her ex Lachie is not the father. She exists after many feuds between Geoff and Lachie, leaving the area without either man to live with her cousin Dubbo. Arc is a short film, based in a world where the real archers are too cool for targets, Arc is what happens when Cupid’s arrows are lured way off track.

Alexandra also played a part in The Elephant Princess as ‘Veronica’ for a total of 23 episodes in season two. The Elephant Princess is an Australian children’s television series that first screened on Network Ten in 2008. A second and final season began screening in 2011 which revolves around a suburban Australian teenager, who discovers she is the heir to the throne of Manjipur, a fictional Indian kingdom.

Wonderland is an Australian television romantic comedy drama series. It was first broadcast on Network Ten on 21 August 2013. The series is set in an apartment building and focuses on four couples as they navigate love, life and friendships. Wonderland features an ensemble cast and is filmed on location in Sydney. Alexandra plays a character by the name of Sienna.

The Royals is a television drama series that premiered on E! On March 15, 2015. The show is about a fictional British Royal family set in modern day London, who inhabit regal tradition that caters to any and every desire, Alexandra, takes on the role as Princess Eleanor Henstridge: Liam’s twin sister, where she stars alongside Sophie Colquhoun, Merritt Patterson and Elizabeth Hurley. Eleanor is second in line to become the Queen of England. Despite the strong character role, she becomes involved in a blackmailed sexual relationship with her bodyguard Jasper.