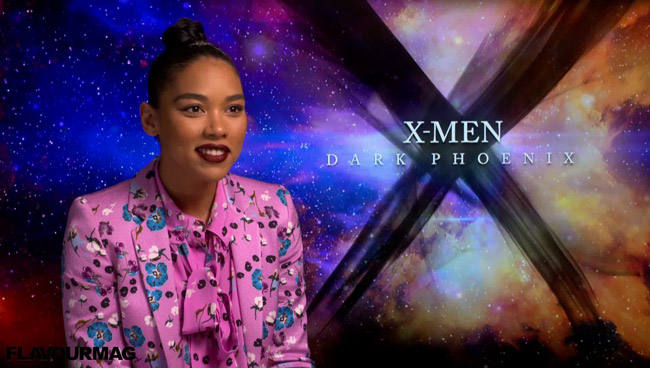 To celebrate the release of the next instalment of the X-Men franchise, X-Men: Dark Phoenix on Wednesday the 5th of June, we spoke to Alexandra Shipp on what the film holds in store.

Having previously played the late RnB singer Aaliyah in 2014 in Aaliyah: The Princess of R&B and Kimberly Woodruff in the 2015 Oscar-nominated film Straight Outta Compton, Shipp joined the franchise in X-Men: Apocalypse as Storm taking over the role from Halle Berry as her younger self.

Reprising her role as Storm in Dark Phoenix, we spoke about reuniting with her fellow returning cast members as well as the female-driven storyline. We also asked, now with Disney’s takeover of 20th Century Fox and the X-Men titles whether she wanted to keep going in the role. Shipp went on to give us her desire for Storm under the banner in which she hoped she could return and play the role alongside Halle Berry, the actress who originally made the character famous.