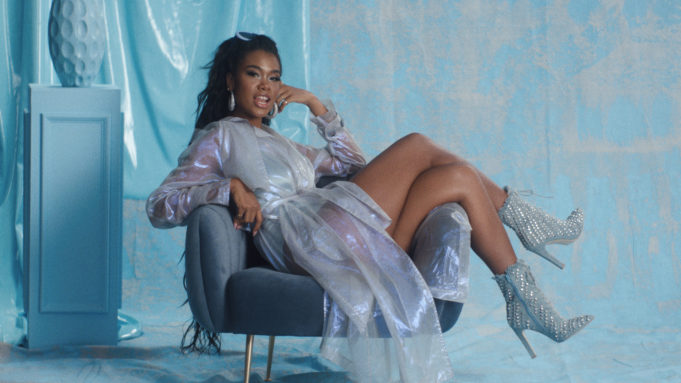 The gorgeous visuals, directed by Mahaneela in Amber’s hometown of New York, feature both artists amid a stunning array of 90’s influenced fashion. You can watch the video for ‘Put You On Feat. DRAM’

The brand-new single from one of 2018’s hottest talents is sitting comfortably on the Radio 1Xtra C List after solid support from the likes of DJ Target, Mistajam and Trevor Nelson, while key playlists additions, including Spotify’s significant This Is How We Do, have led to over a million streams since release.

Amber recently performed the track for a who’s who of fashion royalty after being personally asked to perform at Business of Fashion’s recent gala event in New York. ‘Put You On Feat. DRAM’ is available to stream and purchase now from HERE.

Having blown crowds away in the spring at her sold out headline show at Camden Assembly in support of her ‘Conexão’ EP, Amber will return to these shores for a run of dates in support of Leon Bridges in the autumn before a sold-out headline show at Hackney’s Oslo on 20th November. Full details of these shows can be found below with tickets available from here: https://www.ambermarkmusic.com/