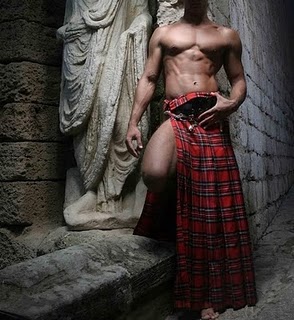 It’s all Ewan McGregor’s fault. Or maybe David Tennant’s or Gerard Butler’s. Whatever the reason, all over the world Scottish men are now being seen as rugged, handsome and impossibly romantic.

If you want to date a Scottish man, there are certain rules to follow to give you the best chance of success. Here are just a few things to bear in mind.

In America, Canada and other European countries, it’s totally normal to strike up a conversation by asking someone direct questions. However, asking a Scottish guy what they do for a living or where they live will immediately make you seem too forward. In order to find out these details, you have to be a bit more patient and a touch subtle. It doesn’t do to make yourself too obvious in your approach.

They hold back the emotions

It can be hard to fathom what a Scottish guy is thinking as they’re not famed for showing emotions. Sure, it might be all right for them to express anger or joy at a football match but aside from that, they don’t give much away. If you’re after the strong and stoic type, you have to get used to this and not badger them into expressing their feelings.

They can take their drink

This will sound like a stereotype and of course, it isn’t true of every Scot; but in Scotland (and generally also in the rest of the UK), the pub is a frequent venue for dates, meet-ups and celebratory gatherings. Online dating in Scotland is growing in popularity and when it comes to a venue for an initial meeting, the local boozer will likely be your date’s first choice.

They do banter very well

As well as the joy of hearing the accent, talking to a Scottish guy is usually immensely enjoyable because the Scots love a good banter session or humorous rant. The slang lends itself to lots of playfulness, so if you want to date a Scottish guy, you’d better get used to the local terminology. Which brings us to our final point…

They’re not afraid to overstep the mark

If you’re looking to land a Scottish fella, whether you’ve already met someone through friends or you’re still looking on dating sites, you’d better be able to hold your own. Having the mick taken out of you is par for the course when it comes to flirting, so if you’re a sensitive soul, it’s time to toughen up. If a Scottish guy is being a bit cheeky, it likely means you’ve made an impact so don’t be affronted – it’s a compliment!