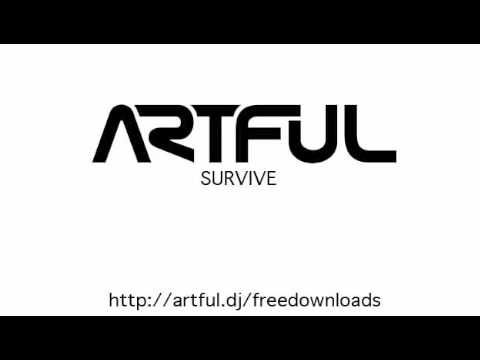 As one half of Artful Dodger, Mark Hill has clocked up some impressive accolades; with four Ivor Novello Awards, a number one album and over 10 million worldwide record sales to his name, he hasn’t done too badly. We caught up with the UKG icon as he prepares to once again dominate the charts with his new single Never Mind The Bassline.

How come you took Artful and not Dodger for your solo moniker?
During the Dodger days we sort of nicknamed each other “Pete The Dodge” and “Artful Mark”. When I started making tunes again and joined Twitter and YouTube etc, I used Artful Mark as my profile name so people could figure out who I was, then I toyed with the idea of using that as an artist name, but was uncomfortable with the Mark bit so I dropped it.

You’ve achieved so much in your career what pushes you to continue making music?
There have been times where I’ve been frustrated with the business side of music and considered doing something else, but I could never stop making music, even if it was just a hobby! I love the process of writing music, and I love the fact that something I get such a thrill from evokes such emotions in other people.

If I had 10 million worldwide record sales to my name it’s safe to say that I’d be intolerably smug, what manages to keep you grounded?
I’m only grounded on the surface… it’s all an act, I’m intolerably smug in the comfort of my own home. The truth is, even after all these years, It hasn’t really sunk in yet, I’m humbled by the people I get to work and collaborate with and my friends and family keep me grounded, and my children especially so.

What is the process you go through to put a track together?
There are a few approaches, I try and vary it to stay fresh. Sometimes I will sit with a guitar or piano and play with chord ideas and melody, other times a new piece of kit will inspire me to experiment sonically and it will be production led. Other times, it will be all about the beat and bass-line, and I will jam along with it with various instruments till I nail something. All of these ways have produced good results, on rare occasions I’ll wake up with almost an entire track playing in my head and I start frantically trying to sing the ideas into my iPhone.

How would you describe your new single Could Just Be The Bassline?
It’s a soulful, singer-songwriter style pop record with a UKG undercurrent!! From a lyrical point of view, the idea came from being in clubs and feeling the physical reactions of a huge bassline, and then trying to distinguish between whether the emotion you’re feeling for someone is real or influenced by the music..

How was it working with the most famous ginger since Mick Hucknell, a Mr Ed Sheeran, on your new single?
It was amazing, Ed is a fabulous fella, extremely talented and driven as a writer and an artist. I had no idea what to expect when I met him at Southampton station when we arranged the session, as soon as Ed played me “The A Team” when we got to my studio though, I became a big fan and the session was pretty effortless from then on. You first introduced people to the likes of Craig David and Corinne Bailey-Rae, who are you currently tipping for success?
There is so much great UK talent coming through at the moment, Ed of course is going to be massive, Kal Lavelle is also a great songwriter and has some amazing stuff coming. Shean Williams is great having worked with him for years and it’s only a matter of time before he blows. Davinche’s time is coming too! I’ve had the pleasure of working with him on numerous occasions. There are lots that I am listening to, but the talent is only half the battle, I never tend to tip people until I have met and worked with them and seen that fire in their eyes! That’s what I saw in Craig and Corinne, that absolute passion and conviction in what they are doing.

People are talking about the resurgence of garage what’s your take on it?
To be honest I don’t know what to think, of course I love the music but trends are hard to predict, and it will take the right tracks to create real traction for the genre again!! Who knows though? Fingers crossed.

Do you think that if you’d taken you’re name from another musical such as ‘Les Miserables’ that things would have gone differently?
Ha ha!! I was as amazed as everyone else about how popular the name became, we only chose it off the cuff as something we could use for our bootlegs back in the 90’s, we never meant for it to stick.

Do you have any plans to re connect with Craig David on any of your new material? You know we all want it to happen.
I’m enjoying working with some new blood at the moment, it keeps me fresh I think so I haven’t got any real plans to work with Craig specifically, having said that, I think Craig is immensely talented and if the opportunity arose, I would jump at the chance of getting in the studio with him again. I hear he has been working on some interesting collaborations and I can’t wait to hear the results!

With your track record you could have easily released Could Just Be The Bassline on a major, what prompted you to release it on your own label Workhouse Records?
I have always said, the most exciting thing about the whole Artful Dodger thing was the challenge of making it against the odds. That’s what I miss about those times, so when I decided to get back on the horse, I really wanted to work it from the ground up again, and not just trade on the back of the old days. Creating a successful label in this day and age is a huge challenge, and that excites me and gives me the incentive to get up in the morning! I have to relearn what it takes to break an act, especially with the new technologies available… I love it, it’s exciting times for music and indies.

Your production inspired a generation, which producers inspire you?
Quincy Jones is my hero! a true legend, also Herbie Hancock.. I also love the likes of Timbaland, great innovator and the epic productions of Trevor Horn

What does the rest of the year hold in store for Artful?
I really want to work on putting a live and DJ tour together after this single and the album drops, then I have another little girl due at the end of November which I’m over the moon about, will make the end of the year pretty Magical!