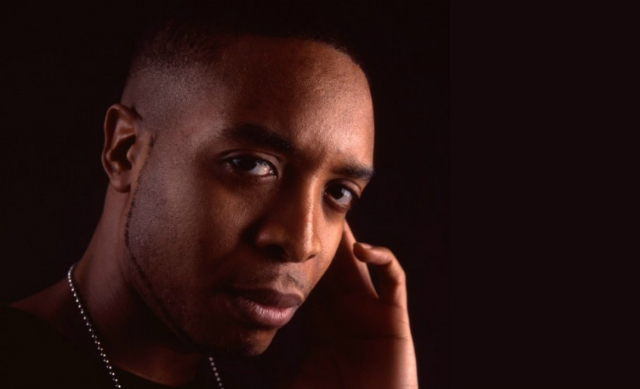 Dexplicit is an award winning Grime producer and DJ. Big in the Bassline scene, he is known for hits ‘Bulla Cake’ and ‘Might Be.’ Dexplicit is one of the headlining acts set to perform at the Inside Music launch party on August 8th in Shoreditch. I sat down with him to discuss his music and what he has coming up next.

How did you get involved in Inside Music’s Launch Party?
I have known Jamie Lewis (managing director of the company) for a while now he has been helping me out on this Basslife project that I’ve been doing most of this year. It should be a nice grime rave and there isn’t many so this is healthy.

Let’s start from the beginning, how did you get your start in music?
A friend of mine knew Sticky and Jason Kaye this was in the Social Circles, Dynamite ‘Boo’ kind of era. So he heard some of my music and brought it to them, they liked it, so he hooked up a meeting. I had the meeting and Sticky picked out a song on the EP on the spot and that was my first release. That was my way in.

Interesting, that you never did collaboration with Sticky?
No, never did one. To be fair at those times I I was just the new no name producer that was around and then they had Social Circles that were smashing down the garage scene. So they had all these big stars. They had Ms Dynamite. But I was just trying to keep myself around these talented people.

As a producer, how do you make your beats?
I make club music. So the process is I usually start with the drum patterns and once the drum patterns sound like its working and I feel myself moving to the drums then I’ll move onto the next part and keep going till I finish the song. My style is very club driven so I always have that in the back of my mind.

So you cater for the ravers?
Yeah ravers. My music is raving music, most definitely.

I went to university in the Midlands a few years ago and your music was quite big in the clubs, but you didn’t promote it what happened?
I know I missed it. Back in 07’-09’ I started DJing abroad and I was in Australia, I remember getting a call saying your music is all over the clubs you need to come back. When I did come back to the UK I kinda had to start from the beginning again.

So what is your next project?
My next release is called ‘Love Music, Hate Bassism’ which is out on Monday 22nd July. It’s basically experimental Bass music series that I have been putting out almost every month this year and what I do is I get everybody to vote online which tune they think is the strongest. Then I get an artist to MC on the winning tune and release it as a full song. First song we had Big Narstie ‘Feel’ and then Frisco ‘Dirt With My Gloves On’ and were just keeping it moving from there.

Speaking of experimental, what did you think of Kanye West’s ‘Yeezus’?
I noticed that a lot of people are going that way but ‘Yeezus’ that album seems to be doing a sound like what us guys are doing over here with the whole Bass and Grime. I think that he might not be using the right producers, if you are going to do a tune with those elements he needs Grime producers and not Hip-Hop. They had a tune on ‘Watch The Throne – Who Gon Stop Me’ it was a Dubstep tune but they just slowed it down. It was brilliant. So you have collaborated with many artists, who would you like to collaborate with next?
I would like to do something really grimy, a proper club grimy song with someone that is just the complete opposite. With someone like Ellie Goulding. It is the whole balance of soft and hard. At the end of the year I want to release an album with more of that stuff.

So what do you think of the current grime scene?
The grime scene is strong. Right now it’s reaching the furthest it has ever reached. We have loads of platforms in it and it’s healthy. But it is missing classic albums. The only one I can think of is Dizzee Rascal ‘Boy In Da Corner’ which was ten years ago. We need more quality albums like that. It would also be good if a fewer of the bigger artists put a bit more energy into Grime. I’m all up for progress and I agree with everyone that is going off and doing the pop stuff but it would be good if people would still help the scene.

Anything you’d like to tell the Flavourmag readers?
Look out for Gemma Fox’s new EP that I produced. I produced all of it. She hasn’t lost her touch at all, her writing skills are crazy. It will be out within the next two months. But also look out for my next single coming out featuring Durrty Goodz with Malika on the hook.