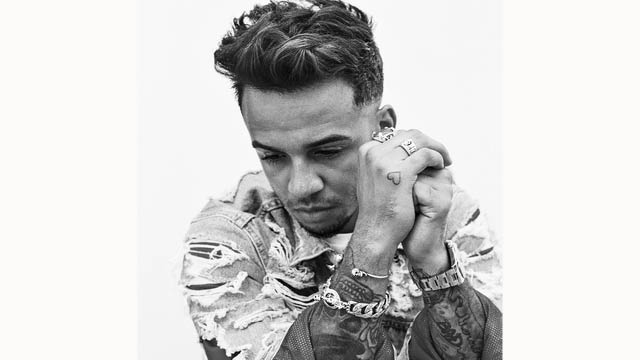 Aston Merrygold, the Peterborough raised superstar formerly from the hit UK boyband JLS, caught up with us late last week and fulfilled us with all the hot plans he has for 2016.

From his upcoming solo material to touring with Jason Derulo, this amazing showman has an incredible year in store for not only himself, but his Aimers too, as well as anyone else who gets the pleasure to witness this gentlemen’s raw talent.

Just us who’s a little exicted?

When can we expect a new single from you?

I’d say within the next couple of months, I think that’s the best way to put it – So not too long!

What sort of vibe/sound should we be looking forward to hear from your upcoming release?

It’s a bit of a mixture, I’ve literally got to choose what it’s going to be. I went back into the studio and started to recreate more stuff – The album has been a long time coming, so for me now it’s all about being totally comfortable and be like you know what, I want every kind of track to be a single, instead of me being there putting a load of tracks on the album and only having a couple of singles. I want an album full of singles. So it could be a few different things (vibes) – I’m on tour at the minute, being pestered about a few different songs, so it could be within a more old school groove sound, it could be old school R&B, it could be new school sound… The options are kind of endless really, which is nice to have an array of music which I listen to.

What is the story behind the album title?

So the story behind it is, is that it’s like a show stopper. So the definition being ‘Someone that can hold or stop a crowd with whatever talent it is that they posses’. So I was a bit like, my main thing about being an artist who is big on performance, I mean being in the studio is cool, the lifestyle is great and whatever else but it’s all about being on that stage and actually getting to perform in front of a ridiculous amount of people or it could even be a couple of people. It’s just about being whenever you’re on that stage. So for me, I wanted to draw from that old school saying, from all the showmen and showwomen of our time; James Brown, Justin Timberlake, Usher – They’re all showmen, they’re all the best in the business, so it’s kind of like a bit of a homage.

Have you got a release date in the pipe line?

I’ve got in mind when I would like it to come out but whether it’s ready – You know I wanted it to be out at the end of last year but I was just not totally happy with its finishing results, so that’s what pushed it back. It will definitely be (released) before the year is out because I want to put out a good couple of singles first before actually going to the album, instead of doing another single and going straight into it. It would be nice to let people really get hold of what the sound is and to try and get people to trust me. It’s quite an important thing now to get people to buy albums, I suppose it’s kind of a lost art form now for people to go out and buy an album instead of streaming it or whatever. So for people to want to invest in that, I want it to be right and perfect – So definitely before the end of the year but the main focus for me is getting songs to people to hear and you know when it comes together and feels right then put it out.

Are there any topics in particular that you cover within this album?

There are a few personal experiences but for me I think it’s like in terms of concepts and things like that for songs, I just love to tell a story. Whether I make it up or read something and it inspires me to maybe write a song about a certain situation, it hasn’t got to be my situation – dare I say that everybody that’s written a song can say ‘I’ve been through this, it was all me’ and whatever else, you can definitely draw from that. I’m just a person who kind of makes up a story or fit a story around a song and what kind of feels right. I’m a very open person who just goes with the flow of whatever feels good.

When will your fans next have the opportunity to see you?

At the minute it’s nice because I’m literally on the road on tour with Jason Derulo, which is cool. I’ve seen a lot of the fan base over this last week or so which has been really really cool but I suppose after this tour I’m going to go back away and home in on the music and get it done and as soon as that’s done, I’m going to be hopefully everywhere – Hopefully people won’t be too sick of me at that point. I’ll be everywhere and anywhere in the next couple of months. When can fans expect to see you on your first official solo tour?

Wow – I mean again it just depends on whenever I do drop the album and whenever it is that time, I believe it is only natural to tour. So as soon as that’s out, I’m sure I’ll be able to announce the tour – To what scale the tour is going to be, I’m not entirely sure just yet but I’m definitely one hundred percent aiming for that. That is my goal, that is what I love.

Have you got a name in mind?

Right now I’m thinking in my head that it will link in with the album but then saying that I am most definitely that person that could just change in time so I mean it will have to be in line with the album Show Stopper but I don’t think it will actually be called Show Stopper.

Have you got a theme in mind for your shows?

I don’t think so much a theme, it would be something to tie in everything. It’s not going to be a whole random thing, it’s definitely going to all be connected in the right way to present a story on stage – I think the album will do that in itself and allow people to get to know me quite naturally.

What’s your favourite song that you have recorded?

Out of mine, it has to be song called One Night In Paris – I’d say that’s definitely my favourite one to date and if it were to be a JLS one, I think it would have to be Gotta Try It or Hottest Girl In The World.

If you could relive one of your performances, which one would it be?

It’s a hard one, I think it’s even between reliving the Farewell JLS concert, I loved those shows; it was an epic, epic, epic show or when we got a chance to form with The Jackson 5, that was a special time as well – So either one of them.

How do you come up with your tattoos? Do you just draw or does the idea just come to mind?

I can draw but it’s more ideas that come to mind. I’m the kind of guy that just does it, I’m not really one of those people that just sit around and think maybe I should get it done next week, but I’m like ‘nah I’m going to get it done’, I just don’t really like waiting around.

It sounds really random but there has been several moments where people have snuck up and been next to me or behind me, like earlier on we were walking around in a shopping centre in Glasgow and we were like ‘let’s just get a drink for a minute’, so we sat down to have a drink in this booth area and this women just had her head over the back of the chairs and just looked like a floating head, she wasn’t saying anything – really, really strange – and then obviously when you’re in mid conversation and turn to see someone’s head right next to your head. It’s happened a couple of times where people just kind of appear. It’s cool, just say excuse me, hi or whatever, but they literally just stand there and I just end up shitting myself. I’m there like ‘What’s going on, this is a bit nuts’ but yeah that seems to be a running theme.

For anyone who wants to keep up to date with Aston, you can follow him on any links listed: