They may not have won the X Factor, but these jack the lads have stolen the UK public’s hearts. “We were one of 12 X Factor finalists, then to fast forward to a year later and have a number one single and win two MOBOs is pretty unbelievable. We couldn’t have seen that coming”

Sitting in the waiting area of the trendy Spring Studios, I realise just how far these four boys from London and Peterborough have really come. With stylists, make-up artists, a gaggle of photographers and publicists ready to cater to their every whim, they simply ‘need to think it and it’s done’ making Britain’s favourite boyband of this generation truly the new pop royalty. Marvin Humes, Aston Merrygold, Jonathan ‘JB’ Gill and Oritsé Williams went from four unknown singers in a group called UFO (they later changed the name thanks to the advice of Louis Walsh) to national celebrities when they came second to winner Alexandra Burke on the fifth series of X Factor.

Since then their first single Beat Again has become the fastest-selling debut of the year and the band picked up two MOBO awards for Best ­Newcomer and Best Single. With their second single, Everybody in Love out now, along with their eponymously titled debut album, these four incredibly likeable, down-to-earth guys – by all estimation – are living in a permanent wonderland.

As I outstretch my arm expecting just a handshake, they each lean in and give me a kiss, then proceed to introduce themselves as if I didn’t already know who they were. We sit down to talk around a table flowing with Nandos (it’s Marvin and Oritsé favourite food) and I begin our conversation by asking about the MOBOs.

“We didn’t expect to win,” admits Marvin – the ladies man of the group. “Just to be a part of the show considering where we were this time last year is pretty amazing. We were one of 12 finalists in the X Factor fighting for a career, and then to fast forward to a year later and have a number one single and then win two MOBOs is pretty unbelievable. We couldn’t have seen that coming.”

‘Unbelievable’ is one way to describe it, but even before the show had finished they were causing mayhem among teenage girls the country over. In the run up to a free concert at Croydon’s Fairfield Hall in 2008, complete pandemonium broke out when an estimated 2,000 fans queued for tickets. As the venue can only hold 1,500 it was inevitable things wouldn’t end well, and a reported five fans were treated for minor injuries at London’s Mayday Hospital. But has it been difficult coping with the fame and attention? “I suppose it is quite hard because you don’t really get any training in how to deal with it,” says JB – the quiet and sensible one. “But obviously, we are quite lucky because it’s four of us and we’re very close. We always try and brief ourselves and use a bit of common sense. But to be fair, we have never really had too hard a ride. We’ve always been around good people and all the industry people and celebs we’ve been on shows with are really supportive and nice to us.”

So would you say that the secret in dealing with the ­attention is the fact that you have each other for support? “Definitely,” Marvin interjects. “People always used to ask us about when we lived in the X Factor house. How did we cope with the ­pressure and all of that and it’s the fact that we were so tight as friends. The fact that we’re a group, we have got each other’s backs and we looked out for each other definitely put us in good stead.”

Their day-to-day lives have changed tremendously since winning, being singed to Epic records and becoming every girl’s (and a few boy’s) new celebrity crush, but they are very humble in their attitude towards this: “Our lives have changed in the sense that we now record and perform and sing for a living,” says Oritsé – who appears the most gentlemanly of the group. “Every since we first started that was our aim – our aim was for us to be able to do this full time. Finally, we’ve got there, we’re having the time of our lives; we’re having fun and it’s great.” 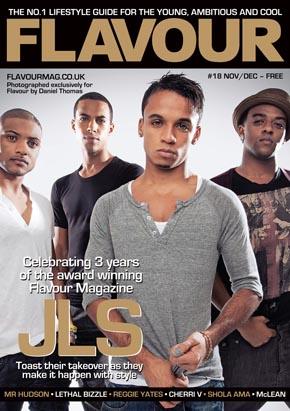 But what about their image? Surely the buff lads’ six-pack flashing and permanently smiling faces aren’t who they really are? “Absolutely!” all four ring in unison. “People should know that we came through a route where you get seen through anyway, so we just want to portray our real ­image and I think that we do that,” quips Aston – the joker of the group. “I think nowadays as well, people see through that façade very quickly and easily, so it’s difficult to portray one thing – especially with the media as it is today – and be another,” adds JB.

Now one of the things that go hand-in-hand with living in a permanent wonderland is media attention and every tiny detail – from who they are dating to one of them sneezing – seems to be made public. The latest of which is their recent interview in Gay Times as well as Marvin’s ex-girlfriend apparently releasing her own take on their single Beat Again called Cheat Again (you figure out what it’s about). But when I ask about the strangest thing they have read about themselves, none of these come up. “It was rumoured that we spent £20,000 in nightclubs,” replies Marvin. “We don’t spend money in nightclubs. We get invited to a lot of places and when we go to nightclubs they look after us.” Oritsé agrees. “There are people out there hustling and struggling to keep themselves financially stable. It would be really inconsiderate of us to spend money that we don’t have, in that way.” Aston decides to chip in. “But even if there wasn’t a recession, I’m not letting you spend £20,000 in a club!” – the interview winning interested over his plate of food for only the second time so far.

Before our time is up, I can’t leave without asking about the six-packs and if flashing them in their music video is the band’s new trademark. “No, because not all of us do it,” answers JB. But then Marvin has a question for me: “Are you not feeling it?” Puzzled, “I’m just curious as to why you do it,” I respond. “But do you like it?” he insists. “Or do you not like abs?” pipes up Aston. “Are you curious to how they got like that – so moisturised, so shinny? I don’t even touch my shirt – my shirt came up on its own!” It’s at this point that the four friends erupt in laughter and it takes a few minutes for them to remember I’m still in the room. “I’ll tell you what happened with me,” says Marvin, finally bringing the conversation back to include me. “At that particular point, it’s very hot and it just happens that every single time we do it, my stomach is just hot – so I have to give them [my abs] a little bit of air.” With that said, the foursome burst into laughter again while rising to begin their Flavour shoot.

The single Everybody in Love and JLS’ debut album titled JLS are both out now. For more information visit the official website www.jlsofficial.com