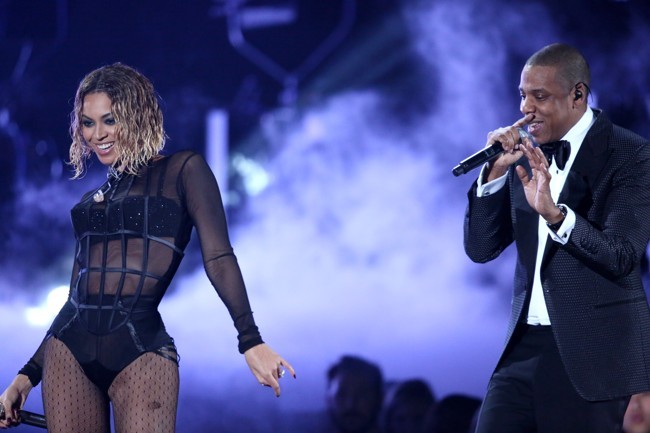 So if you missed the drama here’s what happened. Basically, Beyoncé shook her ass at the Grammy’s and the world went crazy. Ok so she shook her ass wearing very little (a see through, PVC body complete with thong to be exact) and rubbed herself suggestively against hubby Jay-Z which was apparently enough to send Twitter into meltdown with horrified parents tweeting their disgust. One even called her a ‘whore’ (oh no they didn’t!) Ok, so I can kinda see where they’re coming from, The Grammy’s is an awards show that children should be able to watch without having Bey’s bottom thrust in their innocent little faces. However, the performance was aired around 8pm so technically younger children should have already been in bed. Also, parents should have enough experience with these sort of shows (surely they saw or at least heard about the Miley/Robin Thicke fiasco) to know that awards shows are all about celebs getting as much attention as possible. Plus their is something called an off button on your remote…use it! Children nowadays see a lot more than they should whether it’s sex or swearing on TV or they favourite popstar getting arrested/hauled into rehab (literally too many to mention) I’m not saying it’s a good thing but it’s the world we live in and as a parent it’s your job to be alert and know when to turn off. And at the end of the day Bey and Jay are married so it sort of sends a positive message that if your going to gyrate against someone it’s better if you share the same last name.

Let us know your views!